For 20 years, Nonviolence International (NVI) has advocated and educated the Middle East about nonviolent people power through conferences, seminars, films, books, trainings, speaking tours, and the internet. NVI achieves this by translating articles, books, news updates and documentaries in Arabic and Farsi. The NVI website is home to the world’s largest annotated bibliography on Peace and Islam.

In Syria, NVI distributed thousands of copies of films on nonviolent action and provided coaching for nonviolent political leaders. NVI also coordinated with American University in Washington, DC to co-organize an expert seminar on Syria involving US government, academia and private agencies. In Iran, NVI started Book Clubs to discuss the history of social movements in Iran and provide a forum for youth and activist to openly debate, which recently reached one thousand members. In light of the recent Arab Awakening, NVI organized tourist boycotts to oppose the dictators of Bahrain and Egypt. 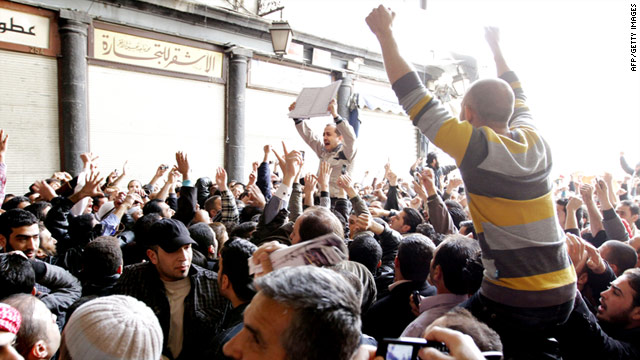 Since its inception, Nonviolence International has worked to promote nonviolence in the Middle East, particularly in regards to the Israeli-Palestinian conflict. Projects and supported groups include:

• The PNN – Palestinian News Network – is committed to objective, credible reporting from a Palestinian perspective. This group strives to empower the Palestinian people and to counter the over-representation of the Israeli perspective in mainstream media outlets.

• Al Watan Center in Al Khalil – www.alwatan.org – is located in Hebron, Palestine and is committed to the development and implementation of innovative and sustainable strategies for community reconciliation and Palestinian rights.

Nonviolence International is closely affiliated with a number of organizations, programs and initiatives related to Palestine. While we provide fiscal and staff support, each operates autonomously. Navigate the links listed below for more information.

Holy Land Trust developed, in part, out of the Palestinian Center for the Study of Nonviolence, a precursor to Nonviolence International established by Mubarak Awad in Jerusalem. Now centered in Bethlehem, HLT operates a number of programs to empower the Palestinian community to resist all forms of oppression through nonviolent means.

Holy Land Trust is a Palestinian Non-Profit Organization (NGO), located in the heart of Bethlehem on Star Street. Their work is centered on strengthening communities to empower them to find solutions to problems; solutions which are rooted in social justice, compassion, and love.

We seek to bring an end to the Israeli occupation of the West Bank, East Jerusalem, and Gaza. We are committed to the use of nonviolence in all forms. This includes the use of proactive nonviolence and noncooperation with systems of injustice We strive for a future that honors the full equality and shared humanity of both Palestinians and Israelis.

Women’s Boat to Gaza aims to break the blockade of Gaza and highlight the undeniable contributions and indomitable spirit of Palestinian women who have been central within the Palestinian struggle in Gaza, the West Bank, inside the Green Line and in the diaspora. (The blockade of the Gaza Strip refers to a land, air, and sea blockade on the Gaza Strip by Israel and Egypt from 2007 to present. Israeli patrol boats regularly cruise off Gaza’s coastline and routinely fire on Palestinian fishing vessels that go more than 6 nautical miles from shore.)

Building on a long history of delegation work in the Middle East, the Fellowship of Reconciliation (FOR) began Interfaith Peace-Builders in 2000 as a response to the intensified violence of the second intifada. Over the past nine years, IFPB has consulted and worked in partnership with Palestinian and Israeli organizations and stands in support with Palestinians and Israelis who strive to end the occupation of Palestine, works to ensure the human rights of both Israelis and Palestinians, and advocates an enduring peace with justice for both peoples.

We Are Not Numbers

We Are Not Numbers is a mentorship program for emerging writers from Gaza and Lebanon and an online platform designed to ‘push out’ their work. There are many Ahmeds in Gaza, who are aching with loss, struggling to eke out a living and feeling neglected by the world. Fifty percent of the population are between the ages of 15 and 25 – about 70 percent of whom are unemployed. Their stories deserve to be brought to the attention of the Western world whose foreign policy has caused so much of their distress. At the same time, we need to give these youth a way to turn their writing into a mission with a purpose.

Community Media Network is an independent NGO that serves the Arab world through enlightening discourse with the aim of helping create a more democratic society. Their work is predominantly concentrated on the support of independent and community media in the Arab World and encompasses AmmanNet, the leading independent news website in Jordan, Radio Al-Balad, the first Jordanian community radio, and a series of debates in collaboration with Quds Center for Political Studies. They work on a wide variety of projects in Jordan, Palestine, and other Arab countries with an emphasis on encouraging dialogue, educating the public, helping in the decision-making process and empowering marginalized voices.