Nonviolence International is celebrating 30 years since its humble beginnings in the founder's basement back in 1989. We have come a long way since then and we are excited to provide an update on the success of our 30th anniversary party. Nonviolence International's founders, Mubarak Awad, Jonathan Kuttab, and staff, Michael Beer and David Hart gathered along with friends and supporters at our co-director’s home in Bethesda, Maryland for an afternoon of food, conversation and inspiration. The atmosphere was light and happy, all who mingled found bright smiles, lively personalities, and stimulating conversation. 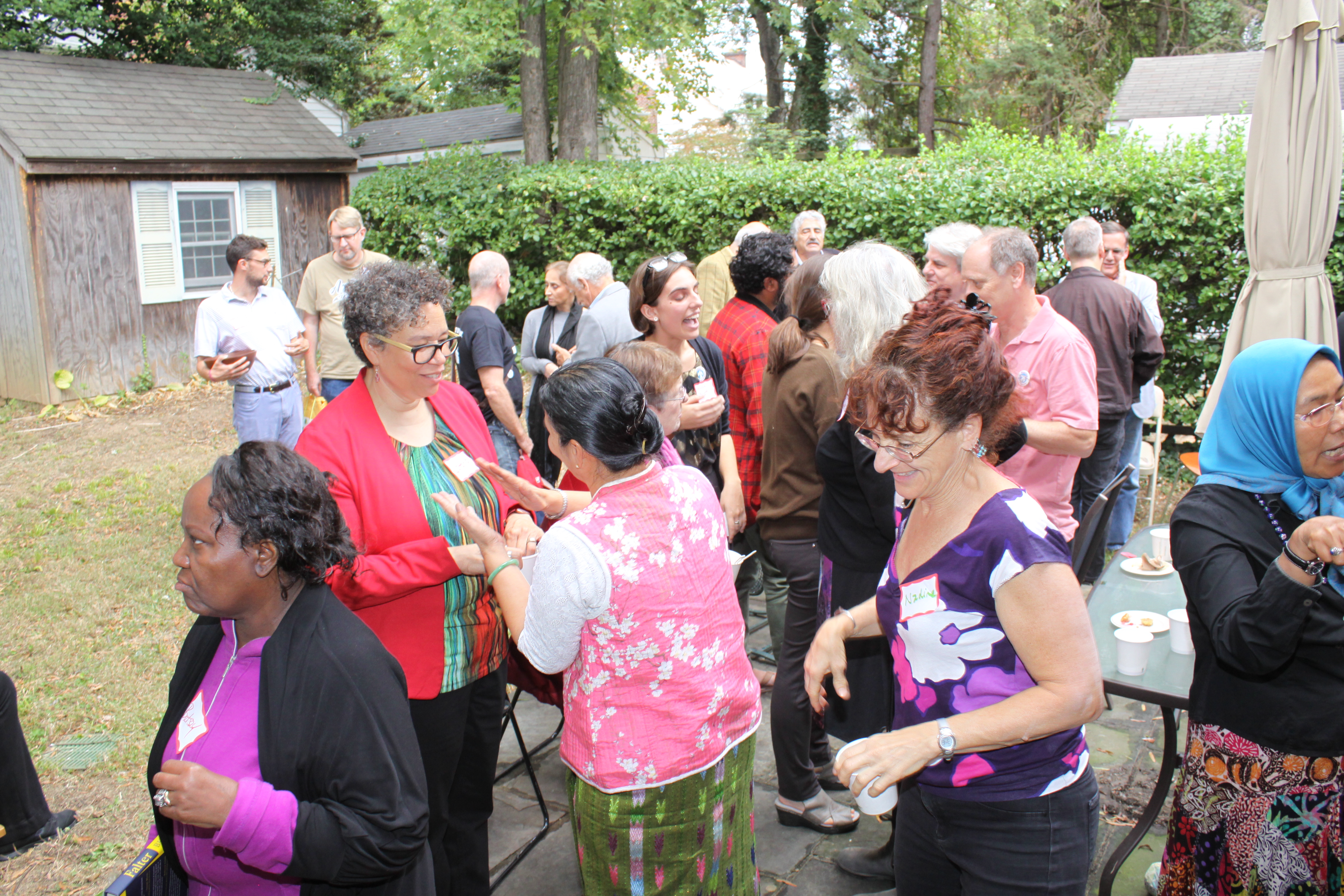 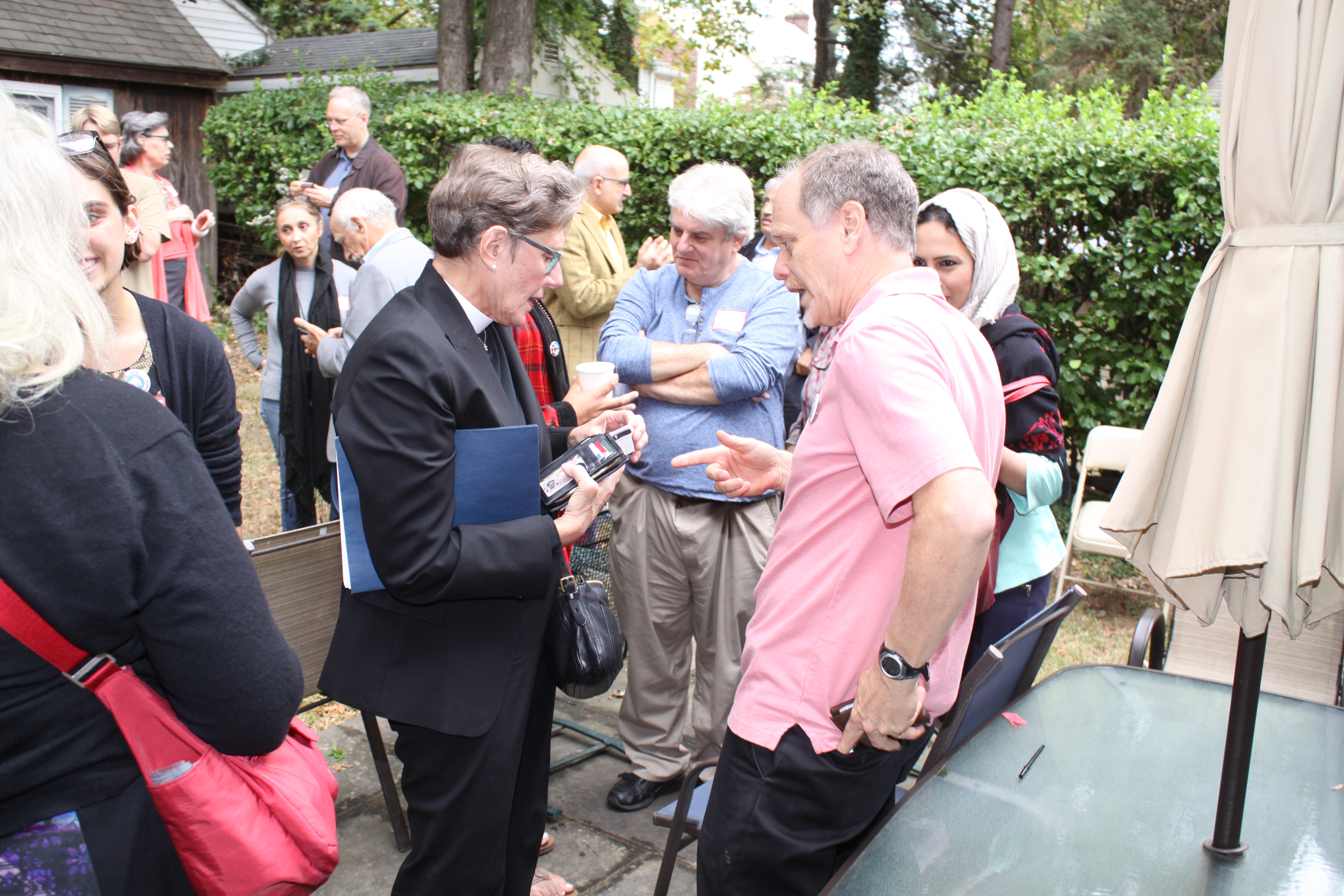 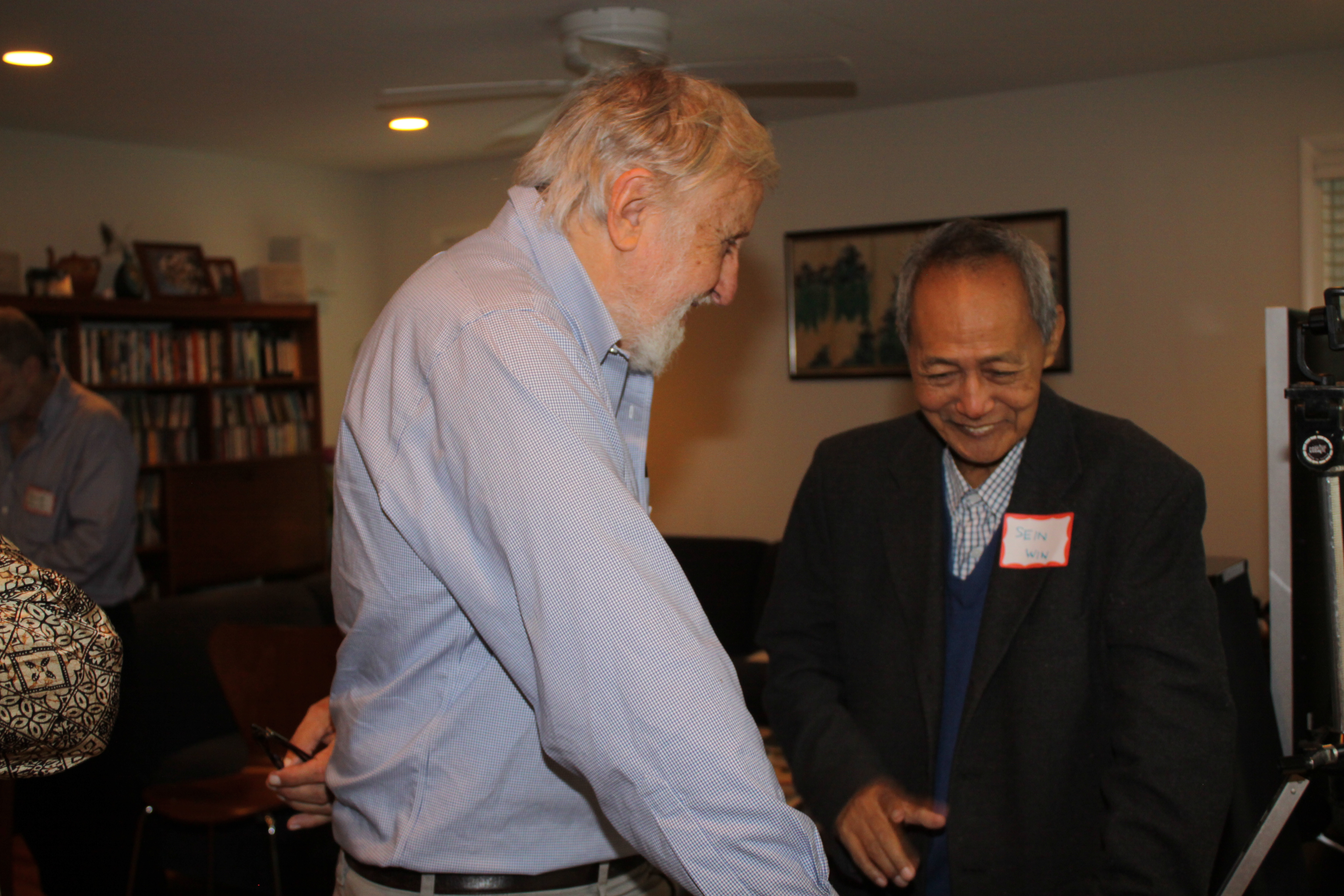 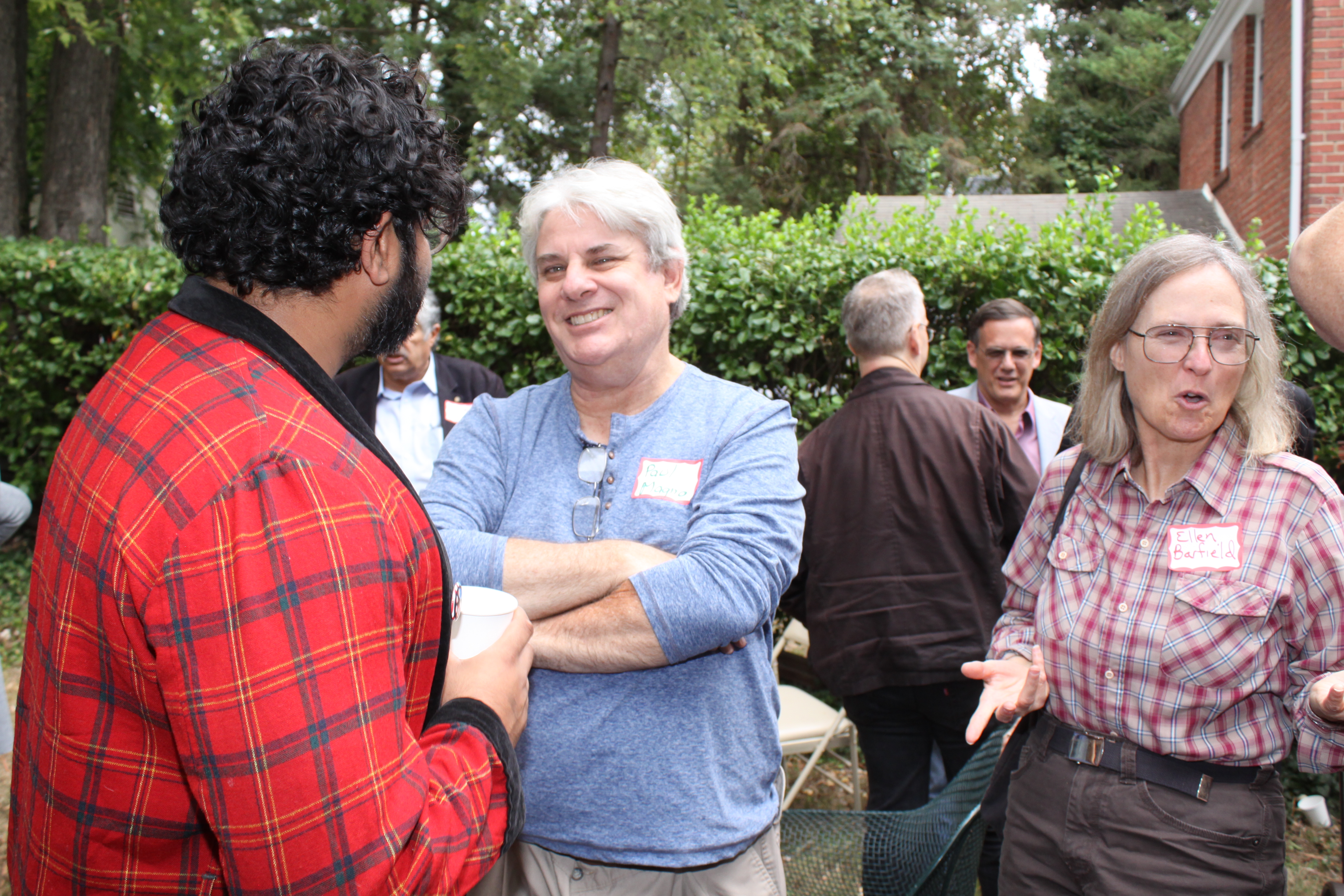 People attended from Burma, Kurdistan, Iraq, Iran, Palestine, Lebanon, Indonesia, Bahamas, France, and the US. Mubarak Awad and others prepared delicious traditional Middle Eastern and Indonesian dishes including hummus with pita or vegetables, spinach pies, fresh fruit, and scrumptious sweets. Guests explored several mementos from Nonviolence International’s history such as past projects, photographs, and various resources that have been collected throughout the decades. Some materials were available to be taken home by guests including pamphlets produced by Nonviolence International describing different nonviolent resistance tactics, pins with messages of active nonviolence or peace, and copies of the book Faithful Witness by Kamal Boullata. Further, all attendees were entered into a raffle with the third prize being two selected books about nonviolent action, while second prize was a book about activism concerning climate change and a decorative pillow, and first prize was a beautiful piece of Palestinian pottery from Jerusalem. Finally there was a silent auction of signed prints donated to the organization by one of its founders who had recently passed away, Kamal Boullata. Several pieces sold through the auction, though there are still two available for purchase. Inquiries into the pricing or purchasing of the remaining prints can be directed to the Washington D.C. office of Nonviolence International. 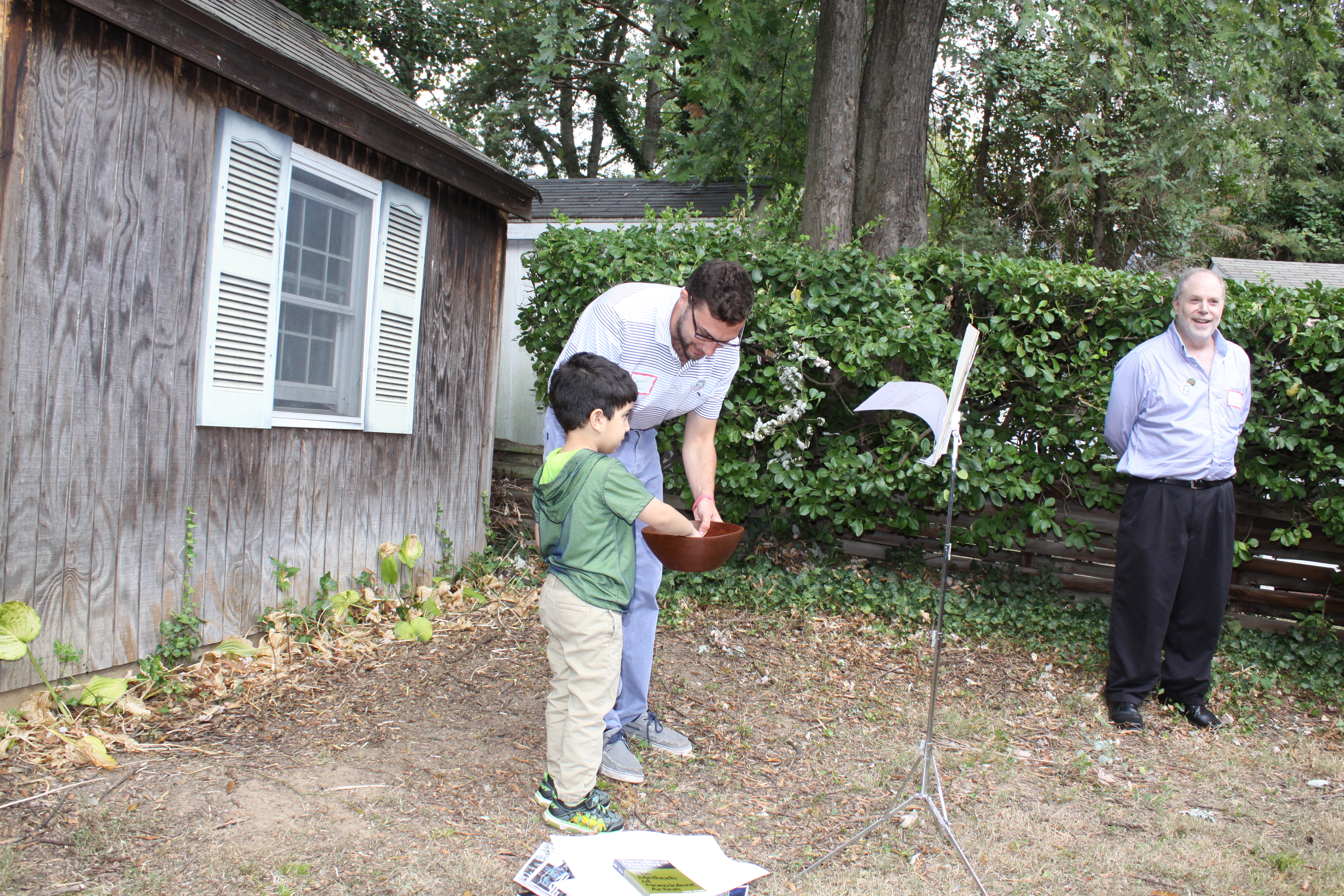 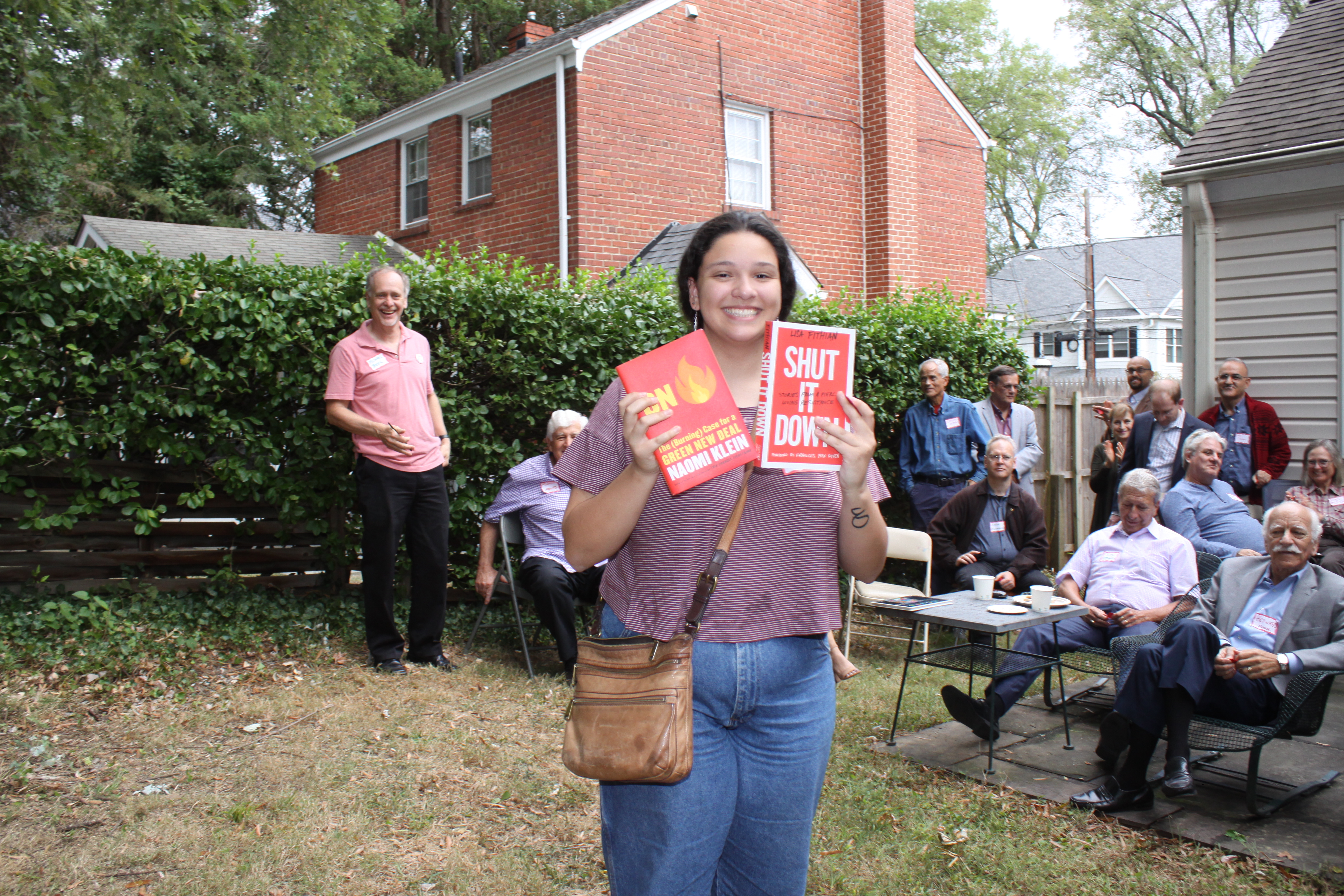 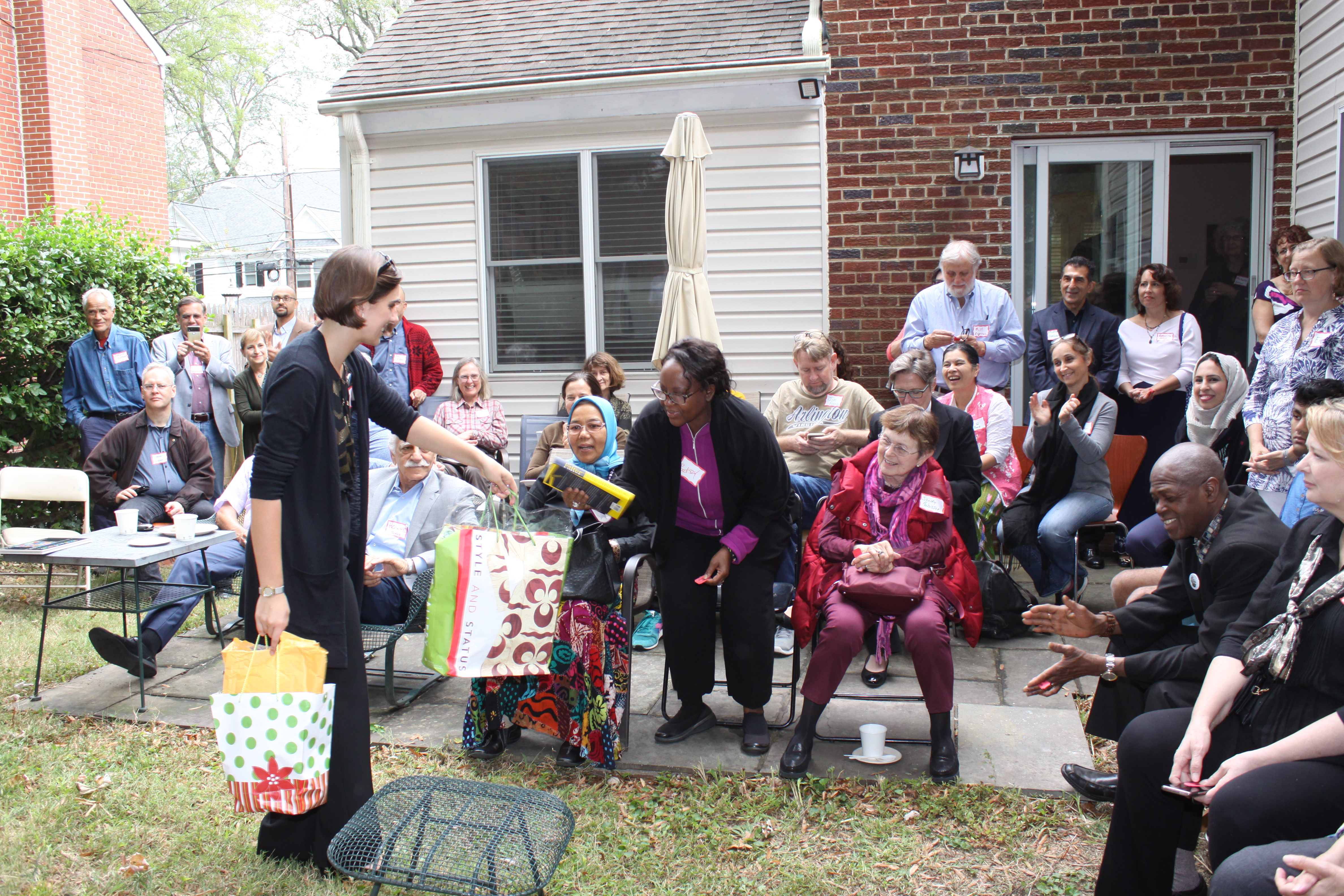 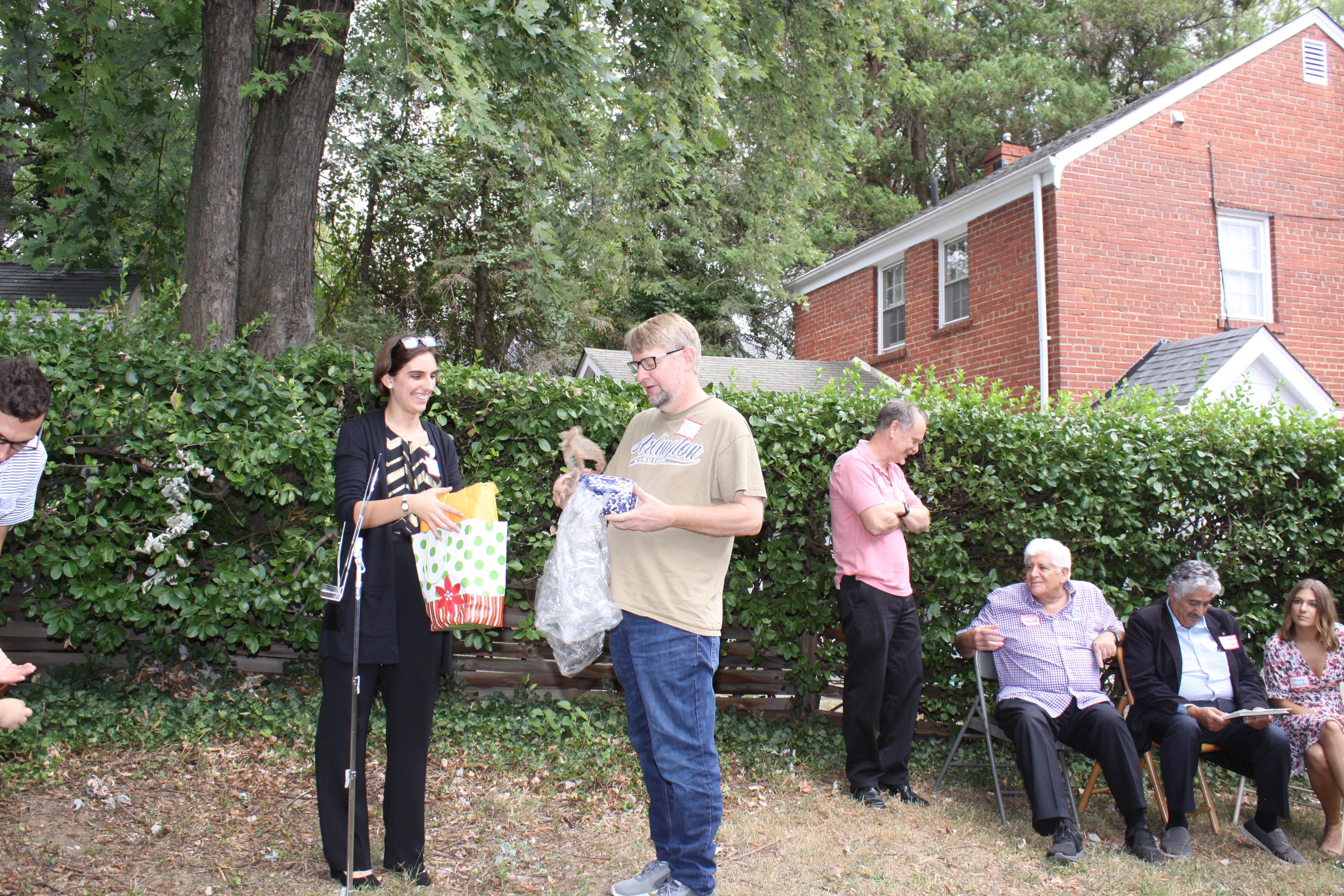 Several speeches were given at the event to highlight stories from our past, the people who have made Nonviolence International's work possible over the years, and to look forward to exciting new projects. Mubarak Awad, Michael Beer, David Hart, and Jonathan Kuttab spoke on the rich history of Nonviolence International as well as our hopes for a vibrant future. Many of the people in attendance were involved with Nonviolence International in significant ways such as  Betty Sitka, Asna Husin, Nadine Bloch, Paul Magno, Phil Bogdonoff, Elin Ross, Simon Billenness, and Dr. Sein Win. We also heard from two of our interns, Alyssa Scot and Tiffany Schwartz, who spoke about the need for nonviolent campaigns to address the climate crisis, and the establishment of the Abdul Aziz Said Scholarship Fund for interns in the wake of the student debt crisis. 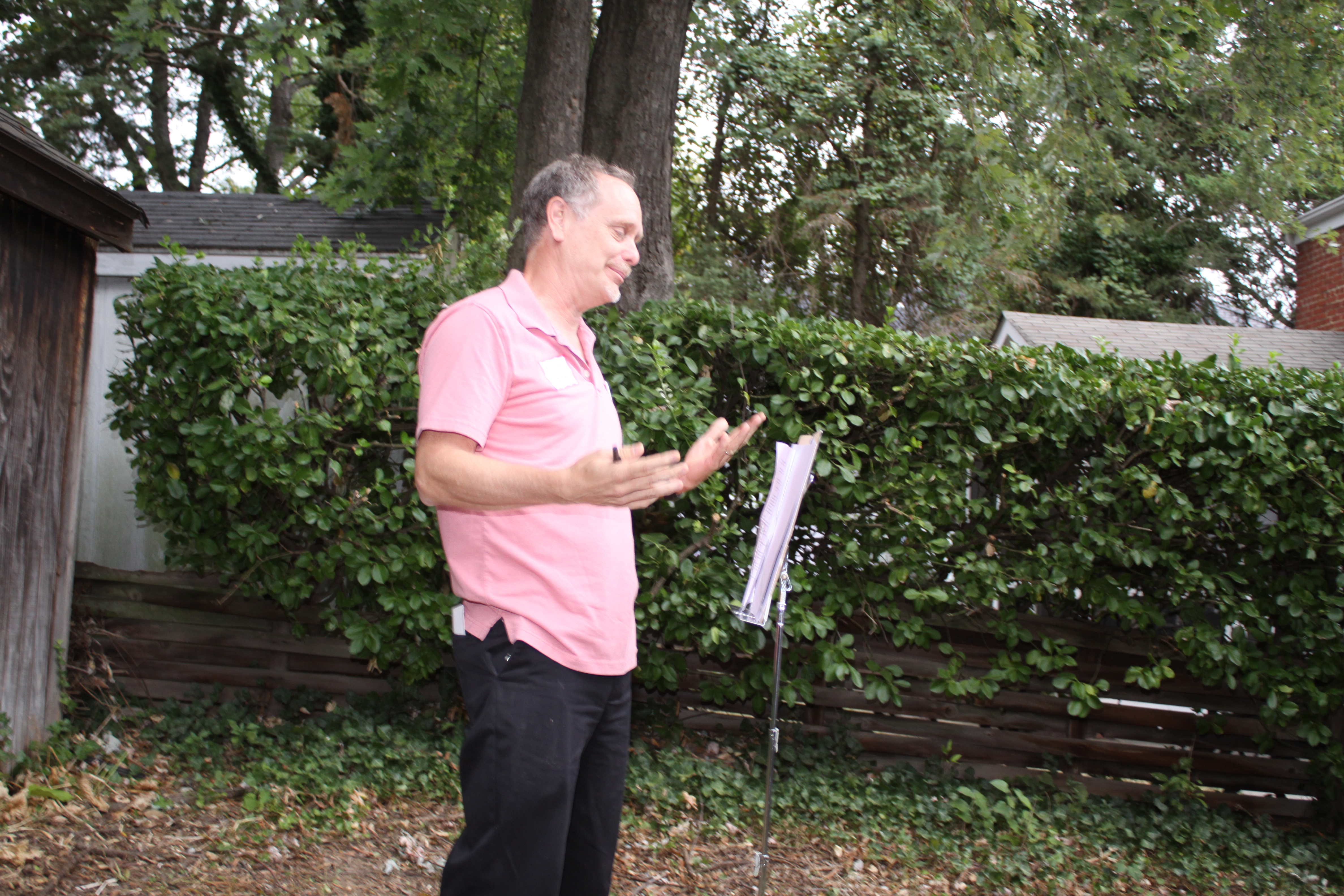 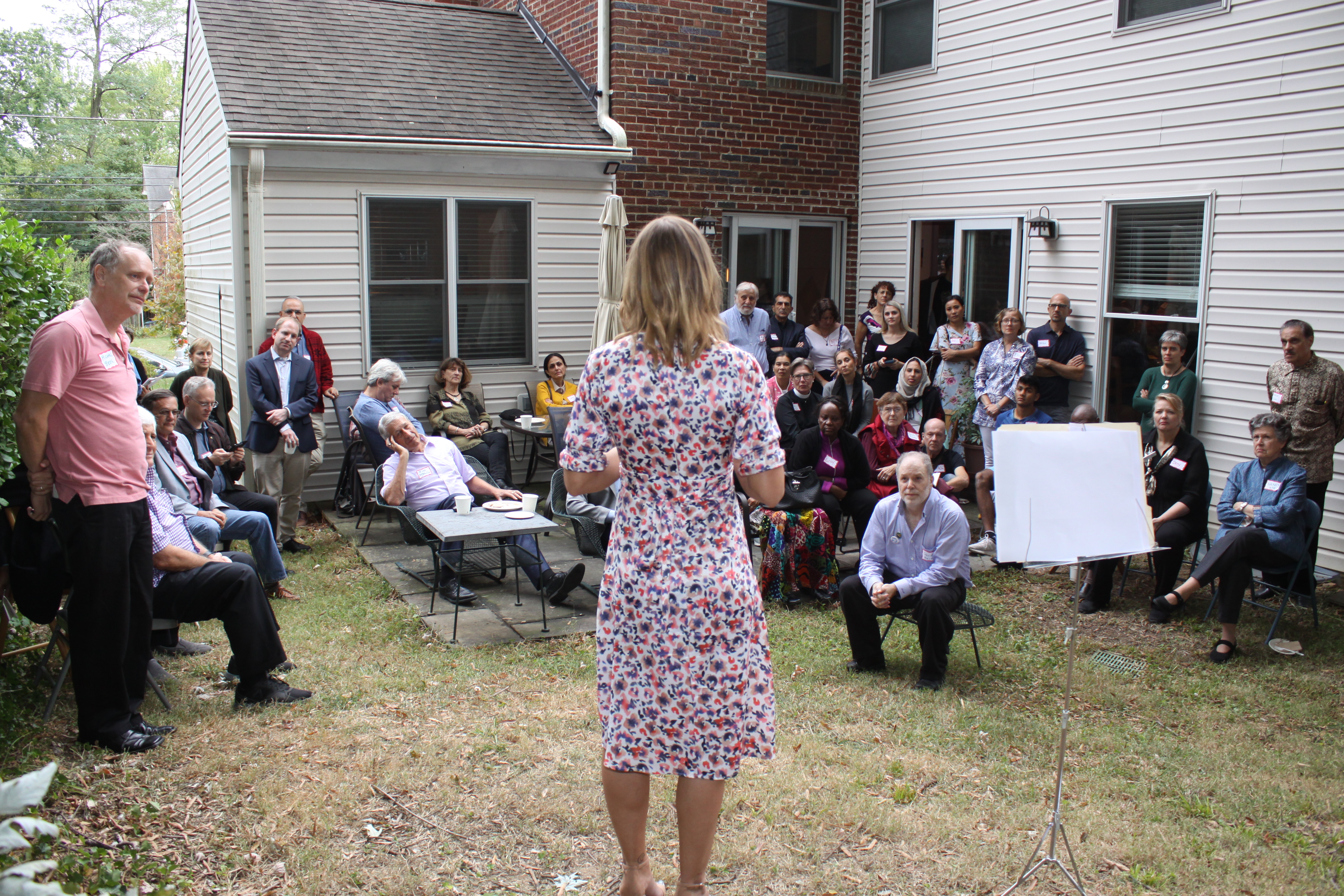 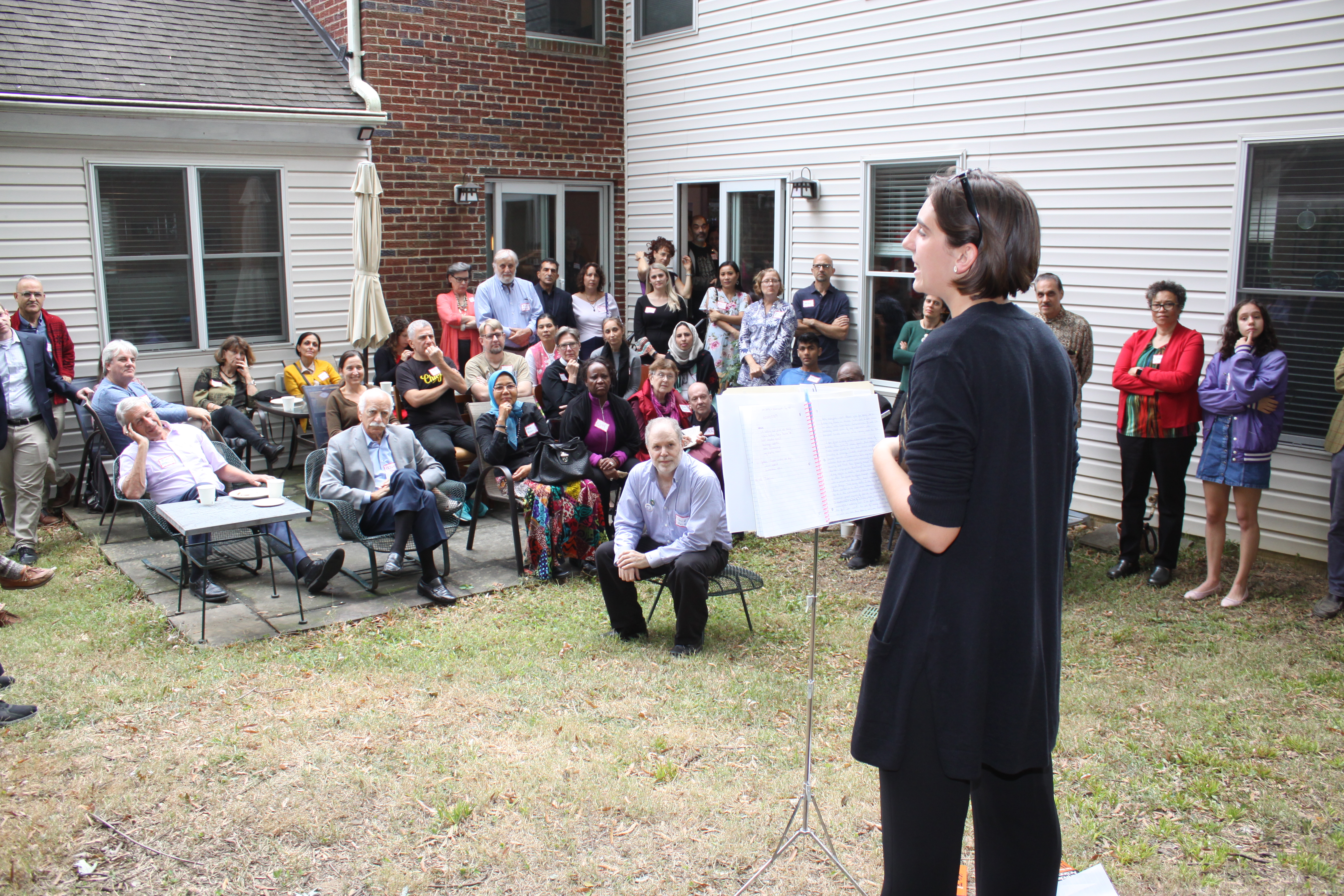 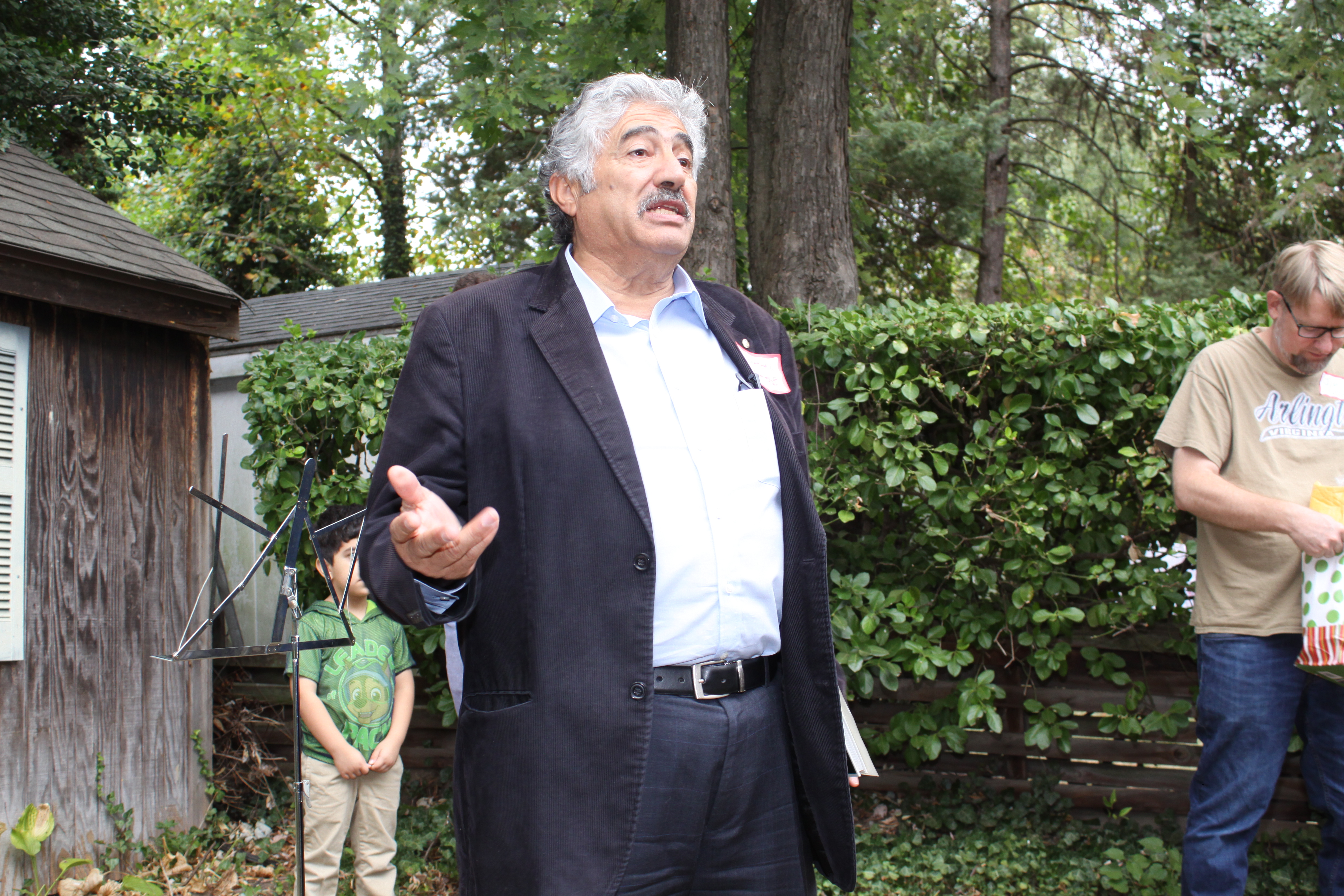 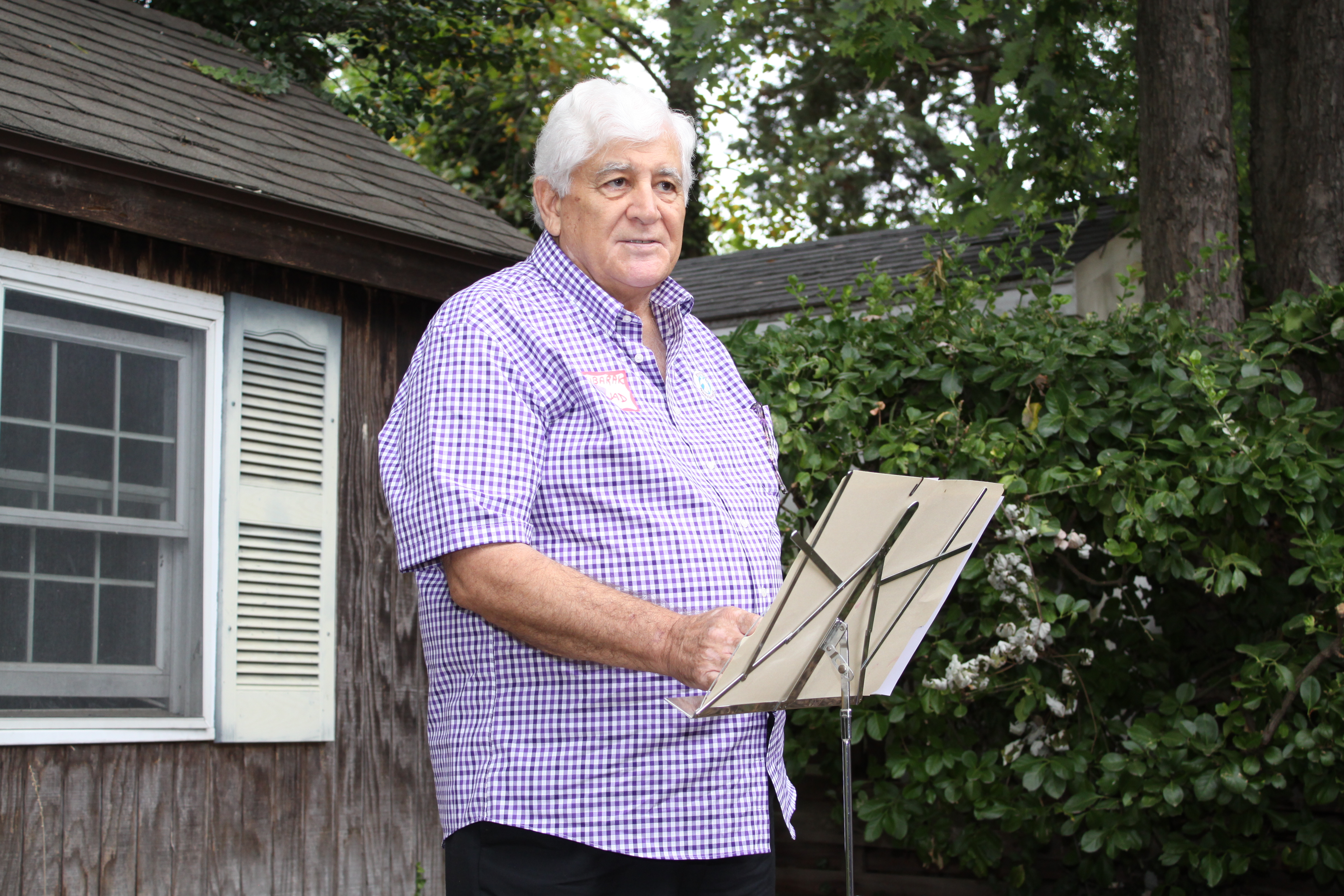 Nonviolence International celebrated many accomplishments and is working to support a new generation of nonviolence leaders to address chronic and emerging challenges. Now more than ever, Nonviolence International remains steadfast in our mission to realize a changed world with a focus on justice, peace, and environmental sanity where the worth and dignity of all people is fully realized and conflicts are resolved without resorting to violence.