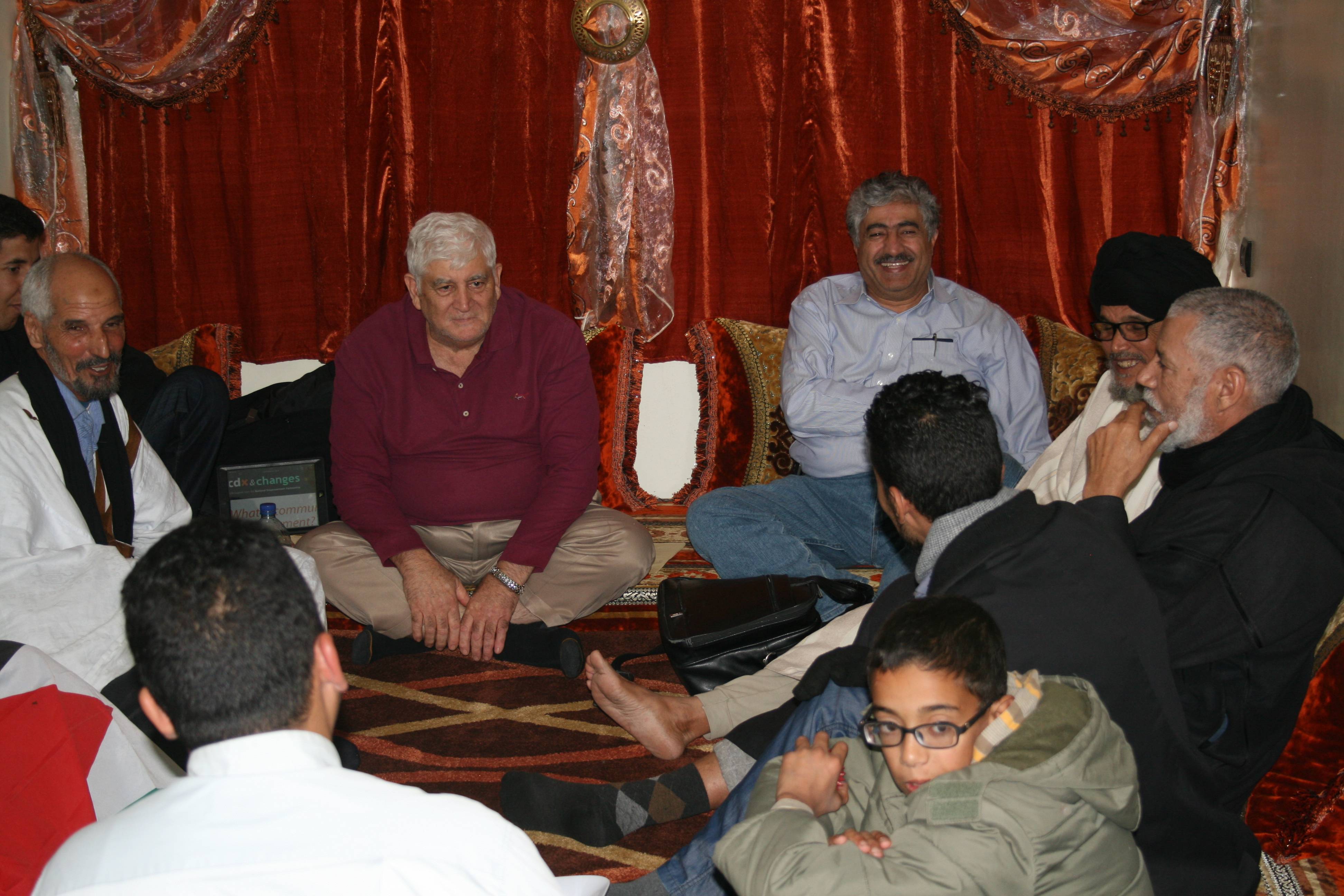 (Washington, D.C.) Nonviolence International (NVI) calls on Morocco and Western Sahara to refrain from war. This week, Morocco attacked nonviolent civilians in the demilitarized zone of Gueruerat, breaking a 29-year cease-fire with the Polisario of Western Sahara. The Moroccan-Western Sahara conflict can only be resolved nonviolently through an UN-administered referendum.

NVI and the UN take no position on the issue of whether the outcome for Western Sahara should be independence or union with Morocco. Whether or not Western Sahara becomes independent, it will always be interdependent with Morocco (and other neighbors), economically, socially, and environmentally.

NVI founder, Mubarak Awad, visited Western Sahara in 2015 and explains that the occupation of Palestine is similar to that of Western Sahara in many ways. He said “I found myself at home with the Sahrawi people who are nonviolently struggling for self-determination. We understood the many checkpoints, the settlements full of immigrants, the surveillance, the imprisonment, the intimidation, the imposed poverty, the theft of resources, and the experience of torture and imprisonment. But we also understood the Sahrawi smiles, the strong role of women, the deep joy of community, the anger at the threats to our identity and culture, and the desire to live in peace with our neighbors whether they be Israelis or Moroccans.”

Nonviolence International calls on the people of Western Sahara and their Moroccan allies to maintain a nonviolent discipline and to work for their political objectives without intentionally harming Moroccans.

NVI calls on the United States and all countries to implement an arms embargo on both sides and pressure the parties to resolve the conflict nonviolently.

NVI calls on multinational corporations to refrain from buying or obtaining Western Sahara natural resources until an UN-administered referendum is held.

We also call upon the people of Morocco to pressure their government to allow a referendum so that stability can be brought to the entire Mahgreb.  The current conflict threatens to develop into a greater conflict between Algeria and Morocco when the goal should be cooperation and coexistence.