Apology Petition on 75th Anniversary of the First Atomic Bombings

APOLOGY PETITION To the People of Japan on the 75th Anniversary Commemoration of the U.S. Atomic Bombing of Hiroshima and Nagasaki

Envision the World Without Nuclear Weapons: August 6 and 9, 2020
75th Anniversary of the U.S. Atomic Bombings of Hiroshima and Nagasaki

The 75th anniversary of the U.S. atomic bombing of Hiroshima and Nagasaki is a time of remembering the horror, repenting the sin and reclaiming a future without nuclear weapons. It is a time to recommit ourselves to the work of disarming and dismantling the machinery of mass destruction and abolishing war.

We unite in prayerful witness with people of faith and conscience across the globe to mark this historic anniversary. As citizens of the United States, we invite people to publicly ask God for forgiveness for the U.S. atomic bombing of Hiroshima and Nagasaki, which caused the immediate death of more than 200,000 people, and hundreds of thousands more who died in the aftermath as a result of radiation poisoning. We apologize to the people of Japan – and to the survivors of the bombing, the hibakusha – for our country’s bombing of Hiroshima and Nagasaki, and we ask forgiveness for these atrocities.

Pope Paul VI, in his 1976 World Day of Peace Message, described the bombings as "a butchery of untold magnitude." Pope Francis, who in 2017 condemned the possession of nuclear weapons as immoral, reminded us once more, during his 2019 visit to Hiroshima and Nagasaki, of “the unspeakable horror suffered in the flesh by the victims of the bombing and their families,” and reaffirmed his conviction that “a world without nuclear weapons is [both] possible and necessary.”

Nuclear weapons are sinful and idolatrous. The mining, testing and deployment of these weapons have desecrated native lands and the Marshall and South Pacific Islands and have caused incalculable ecological devastation and early deaths of countless people exposed to nuclear radiation. Their research, production and deployment are a theft from the poor, and a crime against God's creation, humanity and future generations. We repent for these sins and for the continued proliferation of nuclear weapons at the expense of unmet human needs. Further, we offer repentance for our nation's possession and threatened use of nuclear weapons to enforce a world order based on systemic racism and the destruction of the cultural and biological diversity of our planet.

We decry the fact that the U.S. government is committed to a 30-year upgrade of its nuclear arsenal at an estimated cost of $1.7 trillion. We denounce U.S. Doctrine for Joint Nuclear Operations stating that a limited nuclear war could be waged and won. We implore the U.S. to end its nuclear modernization program, renounce its first-use nuclear policy, and to sign and ratify the 2017 UN Treaty on the Prohibition of Nuclear Weapons. We call on all Christians and people of good faith everywhere to refuse to participate in the production, maintenance, threatened use and use of these murderous weapons.

We firmly resolve, with God’s grace and mercy, to reject the false idols of nuclear weapons, and to embrace the life-affirming work of abolishing these weapons of terror.

As the Bulletin of the Atomic Scientist have reset the Doomsday Clock to 100 seconds to midnight, let us heed the plea of the Hibakusha to the world: "Humanity and nuclear weapons cannot co-exist." Now is the time to pursue non-violent alternatives to war and to lay the foundations for just peace; now is the time to restore justice for the poor and integrity to creation, and to seek a nuclear-free future for our children.

On that day, the prophet reminds us, “God will rule over all nations and settle disputes for all peoples. They will beat their swords into plowshares, and their spears into pruning hooks. Nation shall not raise sword against nation; nor will they train for war anymore” (Is 2:4).

In that spirit, we solemnly renew our commitment to that biblical vision and promise of peace and justice, when the world will finally be free from the scourge of war and the terror of nuclear weapons.

About the Apology Petition

On August 6, 2016, during a Prayer Service for Peace in front of the White House to commemorate the U.S. atomic bombings of Hiroshima and Nagasaki, an Apology Petition to the People of Japan was read and presented to Mr. Mimaki, a Hiroshima A-bomb survivor. Over 700 people from the U.S. signed the original  petition. In September 2016, Mr. Mimaki delivered the petition to the Mayor of Hiroshima and is now displayed at the Hiroshima Peace Museum. This petition has since been used at other annual August 6-9 commemoration events.

This updated Apology Petition has been revised to include new developments regarding U.S. nuclear policy and the increasing danger of nuclear war, a papal proclamation regarding the immorality of possessing nuclear weapons, and the new UN Treaty to Prohibit Nuclear Weapons. You are invited to sign the Petition during the month of August. It will then be sent to the Mayors of Hiroshima and Nagasaki and to the Japan Confederation of A- and H-Bomb Sufferers Organizations. 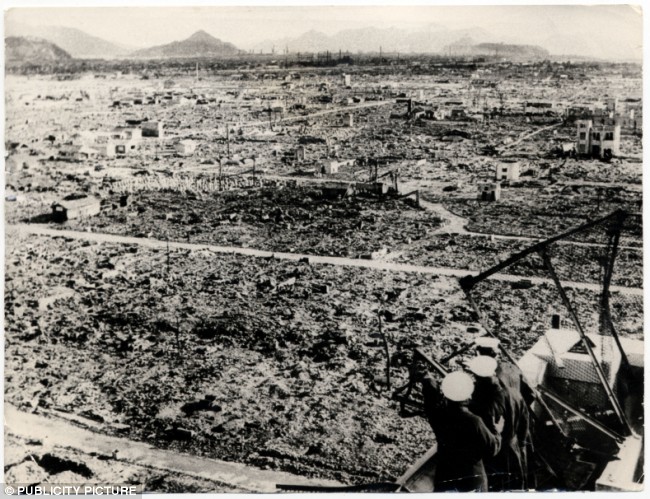 “Let all the souls here rest in peace, for we shall not repeat the evil”.