Disarming During the COVID-19 Outbreak

Disarming During the COVID-19 Outbreak 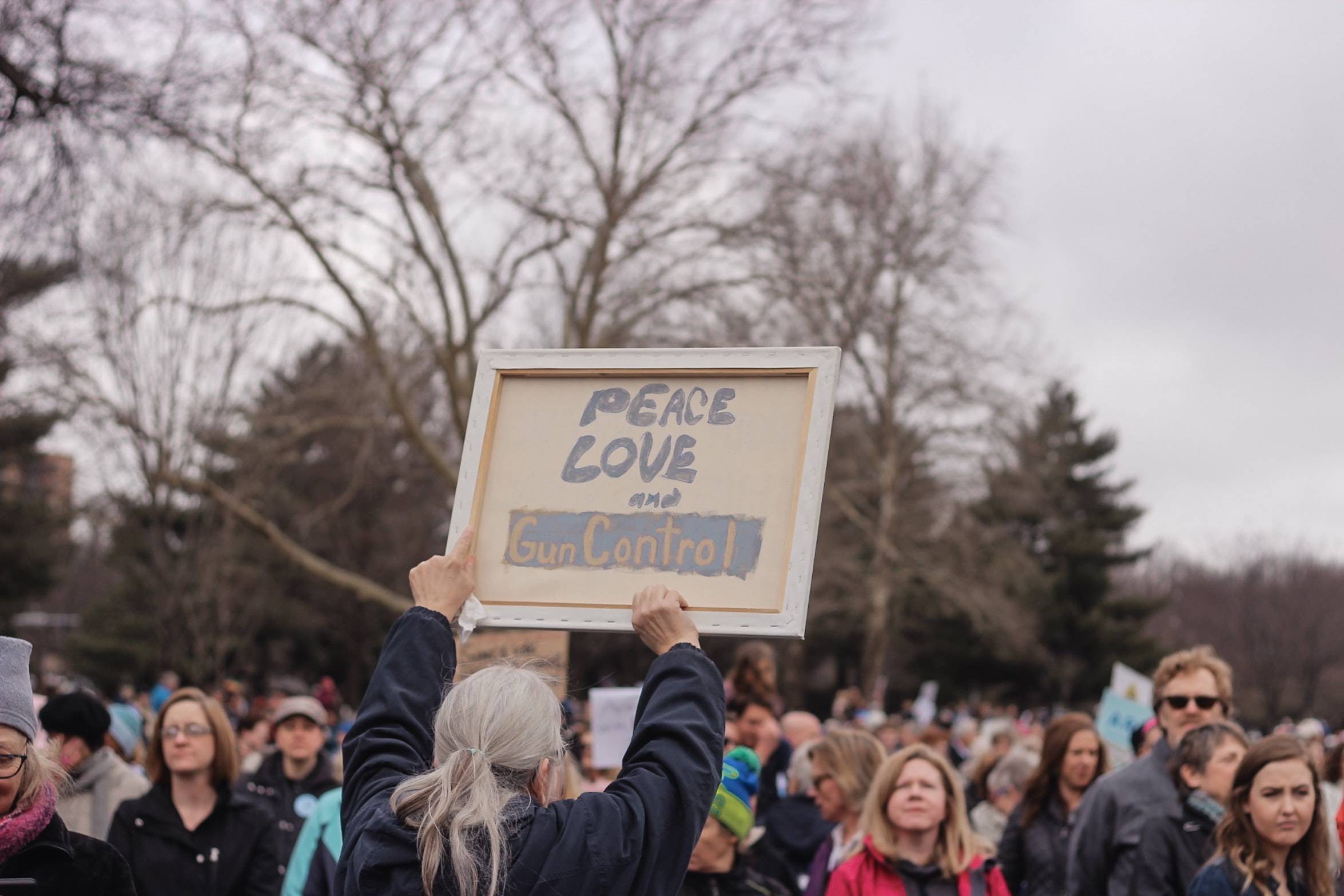 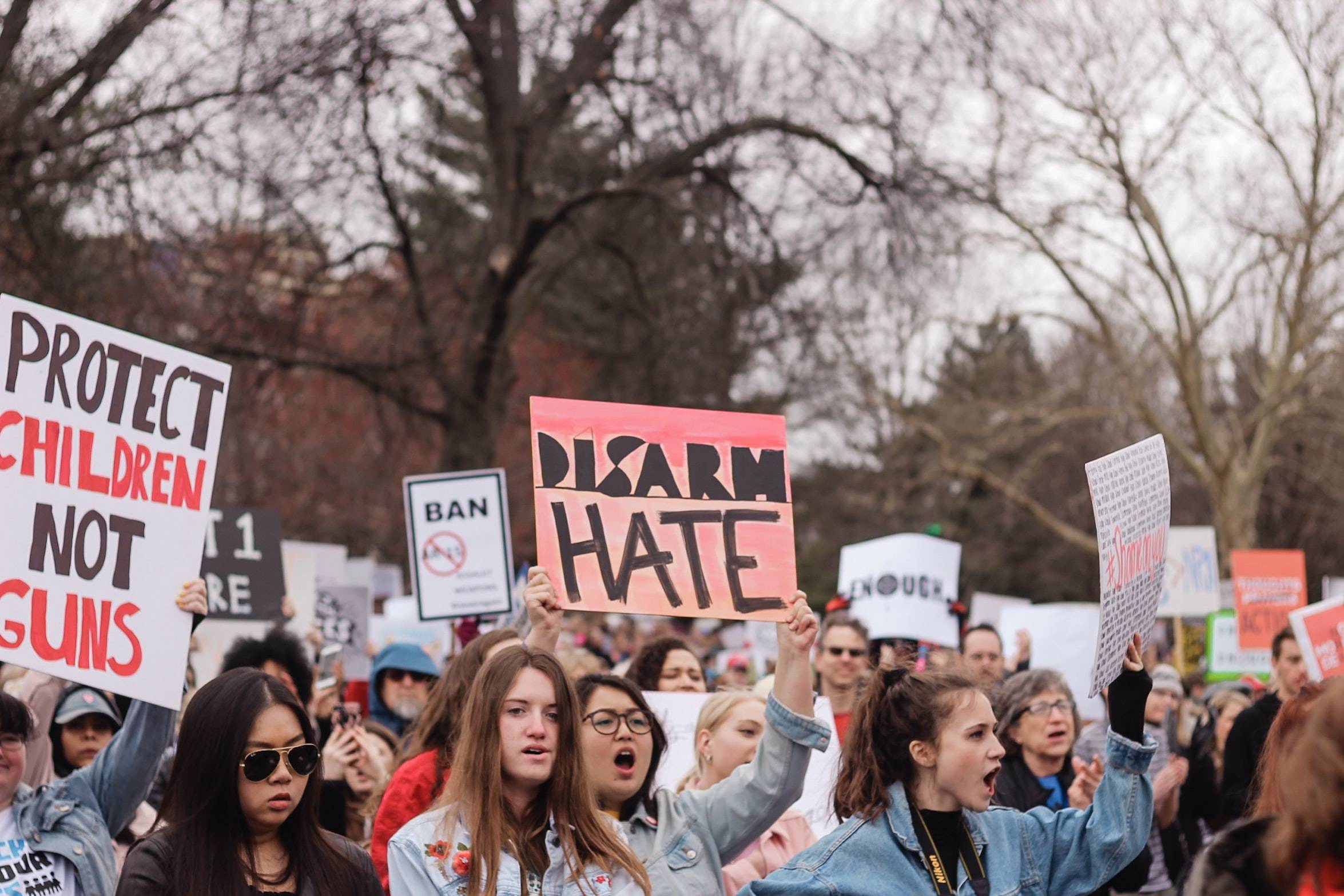 With the novel coronavirus, COVID-19, continuing to rapidly spread across the US, cities all around the country are taking precautions to prepare for prolonged confinements at home. As people ready their living spaces for self-quarantine and social distancing, they are making last-minute trips to the store to stock up on essentials–groceries, medicines, cleaning supplies, disinfectants, and...guns? While sectors of our nation’s economy are struggling to get by, from the airlines to bars and hotels to professional sporting leagues, gun and ammunition companies are not only surviving the economic meltdown but profiting immensely.

Even as stocks across various industries continue to plummet with the crisis worsening, some of the biggest publicly traded gun and ammunition companies have seen the value of their shares rise in the past week. According to Champe Barton of The Trace, an American independent nonprofit journalism outlet devoted to gun-related news, the stocks of American Outdoor Brands (the parent company of Smith & Wesson), Vista Outdoor, and Sturm, Ruger & Co., have all seen a significant rebound in value over the past week that far-outpaces all their competitors. From March 10th through March 17th, American Outdoor Brands’ stock price increased over 40 percent, larger than any other company in the Electronic Technology sector. Within the Consumer Durables sector, Vista Outdoor and Ruger shares more than tripled the increases made by their closest competitor.

The situation on the ground in many states supports the data evidenced above. Long-lines wrap around blocks from California to Oklahoma as potential gun purchasers engage in panic buying. Gun and ammunition proprietors are detailing huge influxes of customers, specifically first-time buyers. David Stone, who with his wife, runs one of the oldest gun shops in Oklahoma, notices the lack of research by potential customers before they are making purchases. “Some people come in and they just want an AR-15. They don’t care what the brand is, they just want the cheapest one,” Stone recently told NPR. In his store alone, gun sales are up roughly 20% and ammunition sales have increased by anywhere from 400% to 500%. Online gun and ammunition retailers have thrived just as much, if not more, than their in-store counterparts. According to both NPR and CNN International, Ammo.com increased its sales by 68% over the past month. And websites like Armslist.com are bundling packages of non-perishable food, medical supplies, and semi-automatic weapons as “corona virus preparedness kit.”

Even as “gun fever” grips the US once again, as it seems to do in times of crisis or gun legislation debate, we here at Nonviolence International are proud to stand in solidarity with our fiscally sponsored partners Control Arms (CA) and the International Action Network on Small Arms (IANSA) as leading advocates for disarmament. It is now more important than ever to speak out against the increased patronage of the gun and ammunition industry given the Trump administration's efforts to systemically weaken restrictions on gun and small arms purchases since he assumed the presidency. One of the most concerning actions taken by the Trump administration to reduce our country’s compliance with arms control measures was the withdrawal from the Arms Trade Treaty (ATT). The ATT is the first legally binding and internationally recognized treaty that regulates worldwide arms trade for all of the 105 ratifying nations. Since the treaty entered into force in 2014, CA has published leading research through its ATT Monitor reports on the implementation of and compliance with the ATT. And while the limitation of arms sales at the international level is critical to the solution, it is just as important to promote restrictions on weapons purchases at the national and local levels.

But before we dive into the risks and dangers of this current increase in gun ownership we are witnessing, we want to assure everyone that fear and anxiety during these uncertain times are natural emotions. This pandemic is something that few of us have experienced during our lifetime (unless you were alive during the 1918 Influenza pandemic). We also have few precedents to follow when formulating solutions. But the most important thing we can all do is to act rationally and responsibly to best protect ourselves, our loved ones, and our communities.

In these times of uncertainty and distress, the best protections we can embrace are our local first responders who are still patrolling and protecting our communities the same way they were before this crisis emerged. Even under new stay-at-home orders, police officers, firefighters, and EMT responders will all continue to operate regularly and uphold the law to the fullest capacity. If you are buying into the hysteria that widespread looting and rioting will eventually arise, you are neglecting the important role that our first responders maintain in enforcing our laws and ignoring the swift justice that will be brought to anyone who takes advantage of the current situation to engage in vigilante justice. If you or someone you know is still truly troubled by the fear of an outbreak of violence or looting, the best thing they can do is to call their local police department, fire station, or first responders’ non-emergency number (DO NOT CALL 9-1-1) and ask for the best measures they can practice to ensure the safety of themselves and their loved ones. Our first responders’ number one priority is to make us feel safe and secure as the coronavirus will not change their responsibilities or capabilities in enforcing the safety of our communities.

In addition to relying on the support of our local first responders, we must also rely on ourselves to make smart, rational decisions. When you go to the gun store to load up on ammunition or buy a weapon to protect yourself, you are potentially putting your health and the health of the many people you encounter at risk by going out to purchase non-essential goods. The main thing that we need to be focusing on is the strict enforcement of the recommended practices of social distancing, self-isolating, and self-quarantining to limit the spread of the virus. If we follow these recommended practices, there is no need to worry about having a weapon to protect yourself from others. And if you are choosing to go out to pick up essential purchases with a weapon on-person, I recommend you research your states concealed carry laws as most states require a permit to bring a weapon out in public. With the closure of most non-essential businesses, our first responders can patrol and monitor higher volume businesses, like grocery stores and pharmacies, with much more vigilance. If you think it is necessary to unholster a weapon during a fight over the last roll of toilet paper at your local grocery store, it is you who will probably be the one who ends up arrested. Rather than resort to violence and weapons, it is even more critical at this point we come together as humans and embrace the values of compassion, empathy, generosity, hope, optimism, and nonviolence. If you come across another patron reaching for the last bundle of toilet paper just as you are, perhaps instead of grabbing for it and arguing, you offer to split the rolls with them equally. And maybe if it’s a mother or father with children, you even offer to let them have some of your rolls knowing their need is greater than yours. Working together to come up with solutions is going to get us through this crisis on both the macro and micro levels of society.

Last, and most dishearteningly though, are the deaths and unnecessary injuries that will significantly rise from the increased ownership of guns and ammunition. As stated earlier, a huge portion of recent gun purchasers are first-time buyers with little knowledge of how to operate, assemble, disassemble, clean, or store a weapon. There will be plenty of people who mistakenly fire their newly purchased guns as they familiarize themselves with its functions and parts for the first time. But what is even scarier is the effect that this increasing gun ownership will have on the people who are in proximity to newly minted gun owners. As the period of self-isolating and social distancing lengthens, boredom will only continue to rise. Children will explore more of their living situations and will probably come across more guns. A lot of these guns may be poorly stored and unlocked because of novice gun owners’ lack of knowledge and experience. People may also see the leisure activity of shooting as entertainment, especially in more rural areas where new gun owners might not employ the most rigid safety precautions. However, the most chilling stories we will see involve the inevitable rise of domestic violence, accidental shootings, and suicides. The Harvard T.H. Chan School of Public Health cites multiple studies, revealing that states with high-gun ownership percentages had firearm-suicide rates roughly double the rate of firearm-suicides in low-gun ownership states, even though non-firearm suicides between the two types of states were essentially equal. Moreover, researchers at the University of Indianapolis reported that for every 10% increase in household gun ownership rates, there is a corresponding 13% increase in domestic firearm homicides. Ironically, if you live with any other people: mothers and fathers, sisters and brothers, significant others and friends, even your pets; you are putting their lives in more danger by bringing a weapon into the house. To go out and purchase a gun or load up on ammunition is counterintuitive for securing the safety of yourself and everyone else in your living space, especially as we prepare to enter a prolonged period of confinement.

The outbreak of the novel coronavirus has pushed our government, our economy, and our society to a fragile state that few of us have ever seen or endured. To combat this massive existential threat, we will need to focus our collective energy on doing what is essential to provide safe living spaces and good health practices. Is going out to your local ammunition store to purchase a weapon or inviting your friends over to practice shooting essential? Absolutely not. What is essential right now and for the indefinite future is that we work together, we obey the rule of law, we limit our exposure to others as much as possible, we maintain safe contact from a distance through all the advances technology has given us, and we rely on our first responders. We will already face enough tragedy from the coronavirus in the coming weeks and months, we need not endure more heartbreak from increasing gun violence. So, rather than holstering your guns, just hold off on buying them completely. 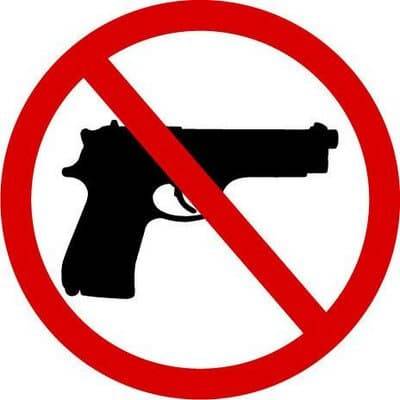 The views and opinions expressed in this article are solely those of the author and do not reflect any official policies or positions of NVI or any of our fiscally sponsored partners.