Active nonviolence must always be on the side of justice

With thanks to our friends at Waging Nonviolence and Campaign Nonviolence, I am pleased to share a piece I wrote that they just published.

Waging Nonviolence started out as a fiscally sponsored partner at NVI. They are now doing essential work and describe themselves as "an independent, non-profit media platform dedicated to providing original reporting and expert analysis of social movements around the world. We believe that when ordinary people organize they have incredible power and are the drivers of social change — not politicians, billionaires or corporations.

In short, people power is our beat, and we cover the ways it is shaping our world, grounded in both history and the latest research."

If you are not already getting their inspirational newsletters, please sign up now here.

Could June 7 be the day humanity begins to save ourselves?

Could it be that on June 7 humanity finally comes together and begins to save ourselves? Long overdue, and desperately needed, a major change did begin on this date — June 7, 1893 — in South Africa. This is the day that Mohandas Gandhi refused to give up his seat on a train. Instead of accepting the humiliation of racial discrimination, he accepted the inconvenience. He didn’t get where he was headed as quickly as he intended, but he began a lifelong journey of discovery that may still, at this late date, have the power to save us. A young Gandhi learned that day about the importance of saying “no” to injustice.

Many know something of his work to liberate India through the power of active nonviolence. He became a renowned practitioner of what he described as “a force more powerful” than any other in the history of humanity. But if you read Wikipedia’s article about June 7, you will learn of many battles, but not of this pivotal moment. Interestingly, one year earlier on this same date, Homer Plessy attempted to ride in the “whites only” section of a train in Louisiana prompting the famous Plessy v. Ferguson case and its evil “separate but equal” ruling. That ruling echoes to this day in the unjust system being laid bare even as I write these words.

Sadly, we have allowed the beauty and impact of nonviolence to remain largely in its infancy. We should have studied how to build a world of peace with justice, as seriously as we have studied war. Yet the early successes of active nonviolence teach us that it is the only path forward that will allow us to achieve our vast potential.

Our world is both beautiful and dangerously broken. In recent days and weeks, many people are waking up to the harsh reality that we are addicted to violence. All over people are seeing that violence is built right into our very system. We face epidemic levels of violence. Even as we hear that “we are all in this together,” we know that to make that commitment real, we have to change our policies in deep and lasting ways.

Recently in the United States, people who don’t understand the heart of nonviolence call loudly for “nonviolence.” Why? Because they want to maintain the brutally violent status quo. Active nonviolence must always be on the side of justice and can never support an unjust order. Both Gandhi and Martin Luther King Jr. shared a deep and lasting commitment to those at the bottom of the social order.

These days people are repeating King’s line “riots are the language of the unheard.” True and important, but let’s also remember that he repeatedly told us that we have a clear and ongoing moral obligation to not only hear those voices, but also to make big structural system changes that reflect the reality that all people everywhere are valued.

When Gandhi sat down on that train, he awakened the potential to change the world without resorting to violence. Of course, he wasn’t really the first to use nonviolence. He read Henry David Thoreau, who in turn had read the Bhagavad Gita. These techniques have been used in small, but meaningful ways for thousands of years. What Gandhi did was to bring nonviolence into the modern world. He was a deep strategic thinker who used creative, constructive nonviolence to overcome a powerful and brutal occupying force.

Gandhi paved the way. Years later Martin Luther King Jr. took these methods and applied them to the flawed experiment in democracy that is the United States. As he fought peacefully for justice, he showed us that nonviolence could be applied to a wide variety of situations. King told us “the choice before us is clear — nonviolence or nonexistence.” His prophetic words ring true today more than ever.

We face a series of interrelated crises that can never be won through the barrel of a gun. All our nation’s vast military might will never manage to fix them. It never could. It never will. Our investment in war has been grossly excessive. We spend treasure and human life in search of a solution that will always elude us. What if we spent a small fraction of what we spend on the military on the serious study of peace and on our pressing human and environmental needs?

Could we find a path out of this darkness to a new and better day? Could this pandemic be the “portal, a gateway between one world and the next” that Arundhati Roy calls on us to build together? Maybe. We certainly have a better chance if we unite a global movement of movements to explore the power of creative nonviolence. Some say it is already too late, but that suggests we are going to accept untold human suffering now and in the future. If we don’t quickly embrace, explore and expand the power of nonviolence, the worst is yet to come.

Let’s consider what happened 127 years ago on June 7, and decide together to address the epidemic levels of violence in our society with love, a commitment to justice, and the transformative potential of active nonviolence. 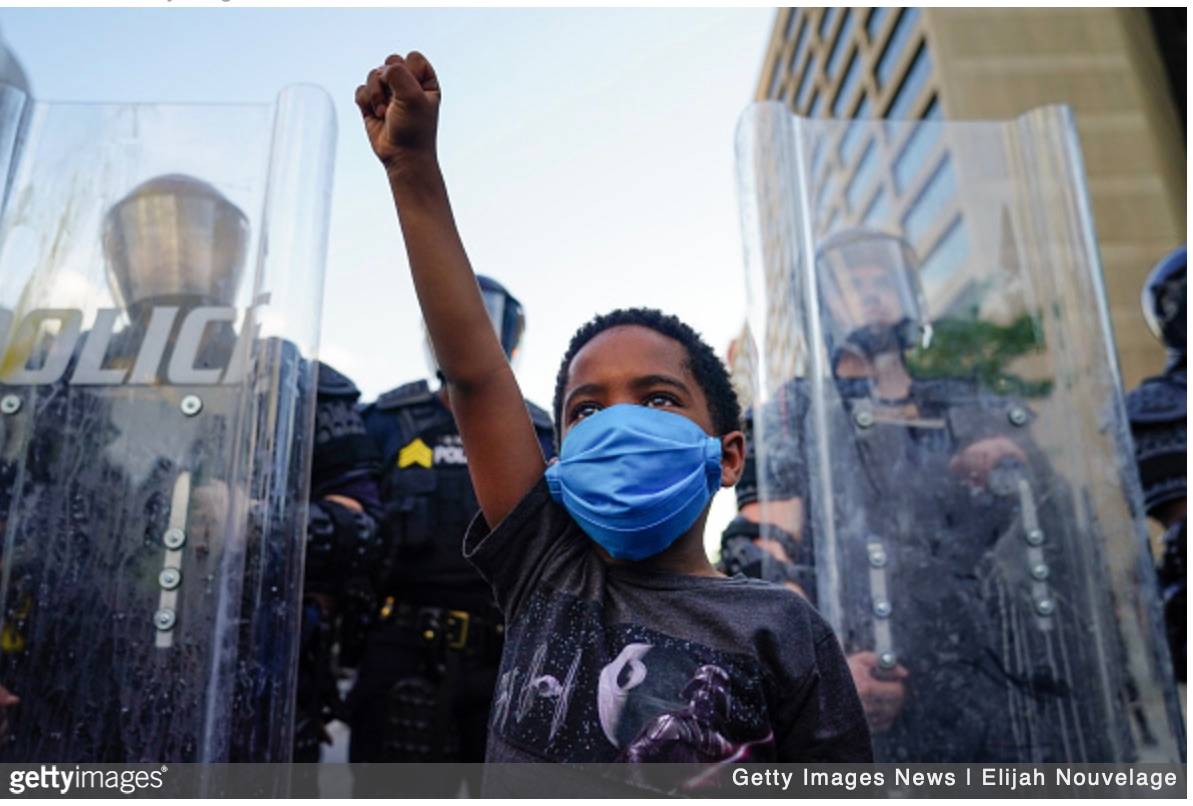