Our good friend Mary King asked that we share her reflections about John Lewis. We are thrilled to do so because Mary worked closely with the "esteemed civil rights leader and congressman John Lewis from 1963-66 while on the staff of the Student Nonviolent Coordinating Committee, or SNCC."

Mary tells a story of his powerful commitment to nonviolence and justice and his lifelong activism. Her reflections help us understand his message for today.

Don't miss the section on how Rev. James Lawson met "Rev. Dr. Martin Luther King Jr. at Oberlin College in February 1957, upon returning from teaching for three years in Maharashtra state in India. Lawson would become the critical interpreter of Gandhian insights for the U.S. mid-20th century Black community, selectively introducing knowledge from India’s struggles against European colonialism." Then Lawson trained Lewis and today their legacy is ours to carry forward.

We at Nonviolence International love to see the universal praise for John Lewis, but we ask the politicians who praise him, but whose actions contradict all he was committed to, please don't use his kind loving heart to attempt to turn him into your teddy bear. He was a bold, brave, nonviolent fighter for justice especially for voting rights. Honor him by not only renaming the bridge, but also by passing the voting rights legislation named after him.

Few remember the names of the racists who fought against history and his vital work. But the name of John Lewis will be remembered forever as a guiding light whose examples inspires us to find ways to act boldly and nonviolently for justice. Today, there are those still fighting against the tide of history. Let John Lewis' spirit and determination illuminate the path before us. Let us remember his last public appearance was on Black Lives Plaza. Mary tells us, "John Lewis’ life’s work was a national tutorial on the power possessed by the maintenance of strict nonviolent discipline, and Black Lives Matter supporters exemplified this essential self-restraint."

Please see a few excerpts below and read the full piece on Waging Nonviolence. an impressive project that got its start as a fiscally sponsored partner of Nonviolence International.

"I could often see John reaching inside himself to find a place that sought neither retribution nor retaliation — seeking solely justice and the dismantling of inequities. Without comprehending the necessity for tenacious self-restraint, it’s hard to appreciate how the social power of nonviolent action actually works. 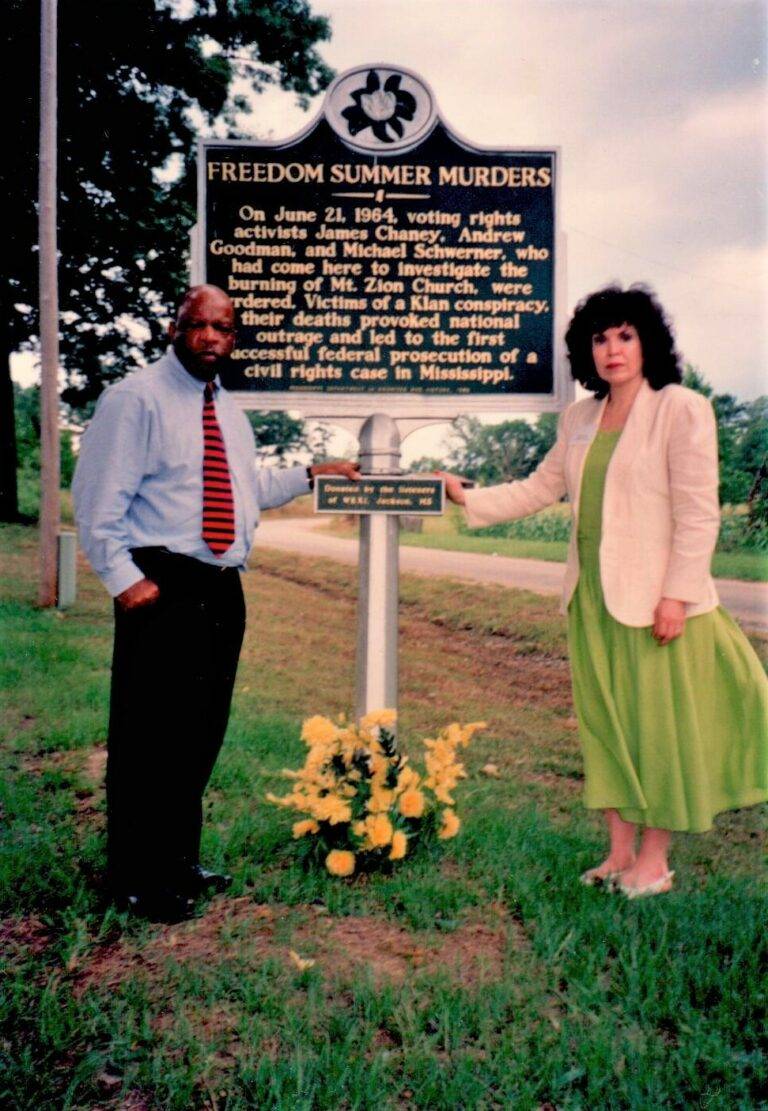 Many have missed that what made John exceptional and helped him to maintain a guiding role in the U.S. Congress — up until he drew his last breath — was his understanding of nonviolent discipline. What does this mean? Large numbers of individuals utilizing rigorous willpower is part of the way that the technique of nonviolent struggle operates. This form of power is entirely different from that utilized in armed conflict. To explain, let me turn to social philosopher Hannah Arendt, who has been influential with theoreticians of nonviolent action. Arendt’s 1969 essay “On Violence” distinguishes between violence and power. Violence, far from being the most “powerful” force in power relations, she says, needs to use instruments, so it’s not real power. Arendt writes, “Power and violence are opposites … to speak of nonviolent power is actually redundant.” For her, power is what happens when people willingly come together to take action on common purposes."

"John exemplified something else that I have been appreciating with the passage of time: The study and practice of nonviolent action is for life. It does not belong to the young. It is not something one outgrows. Seeking tangible justice without stooping to violence or passivity can empower one for life.

Numbers count with nonviolent methods. Combining headcounts with exacting self-restraint is partly how nonviolent struggle works, which is entirely different from the power wielded in armed, militarized power that seeks to incite fear, vanquish and kill. In the past 60 years a volcanic explosion of research, study, and documentation of the accomplishments of this technique of struggle has become available, and translations are widely available in dozens of languages."

Mary Elizabeth King is a political scientist and author of acclaimed books on civil resistance, most recently "Gandhian Nonviolent Struggle and Untouchability in South India: The 1924–25 Vykom Satyagraha and the Mechanisms of Change." She is professor of peace and conflict studies at the UN-affiliated University for Peace, Distinguished Rothermere American Institute Fellow at the University of Oxford, Britain, and director of the James Lawson Institute. Her academic specialty in the study of nonviolent action dates to four years working in Atlanta and Mississippi for the 1960s U.S. civil rights movement as staff of the Student Nonviolent Coordinating Committee, or SNCC. There she learned the basics of nonviolent struggle from the Reverend James M. Lawson in this profound experience that would define her life. Her website is maryking.info.