Nonviolence International celebrates the bold leadership of Rev. William Barber and the Poor People’s Campaign in the United States of America. We are inspired by their moral witness and join with them in solidarity asking all our friends and supporters to do whatever you can to help raise up their vital work.

On Saturday, June 20th, Americans will come together with a movement led by those whose value has been consistently undermined by our brutal and oppressive system.

There are 140 million poor and low-wealth people in the richest country in the world. Somehow we have allowed enormous and totally unnecessary suffering to continue year after year, decade after decade. It is as if we have forgotten our moral obligation to reduce the violence inherent in the way our society is structured. We at NVI ask - how have Americans become accepting of violence in their economy?

Those who recently lectured on how Dr. King would have felt about property destruction seemed to have missed his larger point. We must recognize the humanity of all people. That recognition requires long-delayed and bold action. This movement, rooted in the leadership of poor people, deserves the active support of all who consider themselves to be committed to nonviolence.

Focusing our attention on those who are most in need has long been a central guiding principle of active nonviolence. For those interested in history, please see how Dr. King’s final campaign echoes in the work we are engaged in today.

See our earlier post on this topic that explores Gandhi and King’s moral commitment: 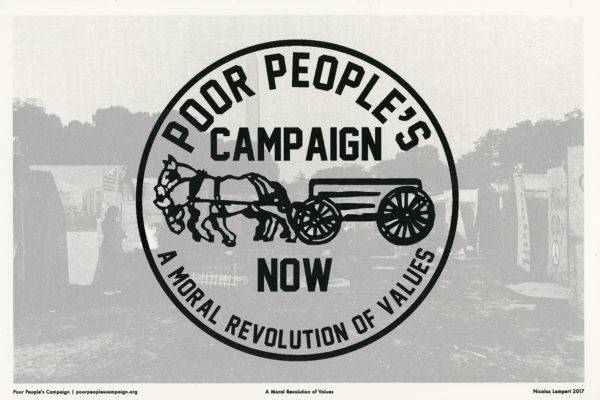