On October 2, 2019, the staff and interns of Nonviolence International along with the support of various other organizations were committed to making sure the one year anniversary of Jamal Khashoggi death did not go unnoticed and to demand further accountability.

One year earlier to the day, Washington Post journalist and permanent U.S. resident Jamal Khashoggi was kidnapped, tortured, and murdered upon entering the Saudi Arabian consulate in Istanbul, Turkey.  The brutality of the murder shocked the world and revealed the heinous extremes that the Saudi Arabian regime would go to in an attempt to silence its dissidents. Crown Prince and heir-apparent Mohammed Bin Salman has denied any involved in the gruesome act as the international community has stood by and done nothing to conduct a comprehensive investigation into the murder.  Countries around the world, specifically the United States, have not only accepted the Crown Prince's denial, but have continued to sell weapons to the kingdom to help sustain their involvement in the Yemeni Civil War which has sparked one of the worst humanitarian crises witnessed.

Yesterday our organization, alongside the Council on American-Islamic Relations (CAIR), Code Pink, American Muslims for Palestine (AMP), and Justice for Jamal, stood together outside of the Saudi Arabian Washington DC embassy to hold a press conference in remembrance of the esteemed journalist's murder.  Representing our organization as a speaker was one of our co-founders, renowned international human rights attorney Jonathan Kuttab. Amidst the condemnation of the Saudi Arabian regime and lack of accountability from the international community, Jonathan convened the theme of hope in his speech as he called on the institutions of society to hold our leaders to a higher standard.  Jonathan called on institutions such as the courts, civil society groups, the press, and most importantly, ordinary individuals to stand up for human rights and redouble our efforts to bring accountability to those who suppress such freedoms.  Ending on an optimistic note, Jonathan notes that those who engage in violence and suppression will not win the hearts and minds of the world, but rather that victory will be claimed by those who advocate for accountability and justice through nonviolent resistance. 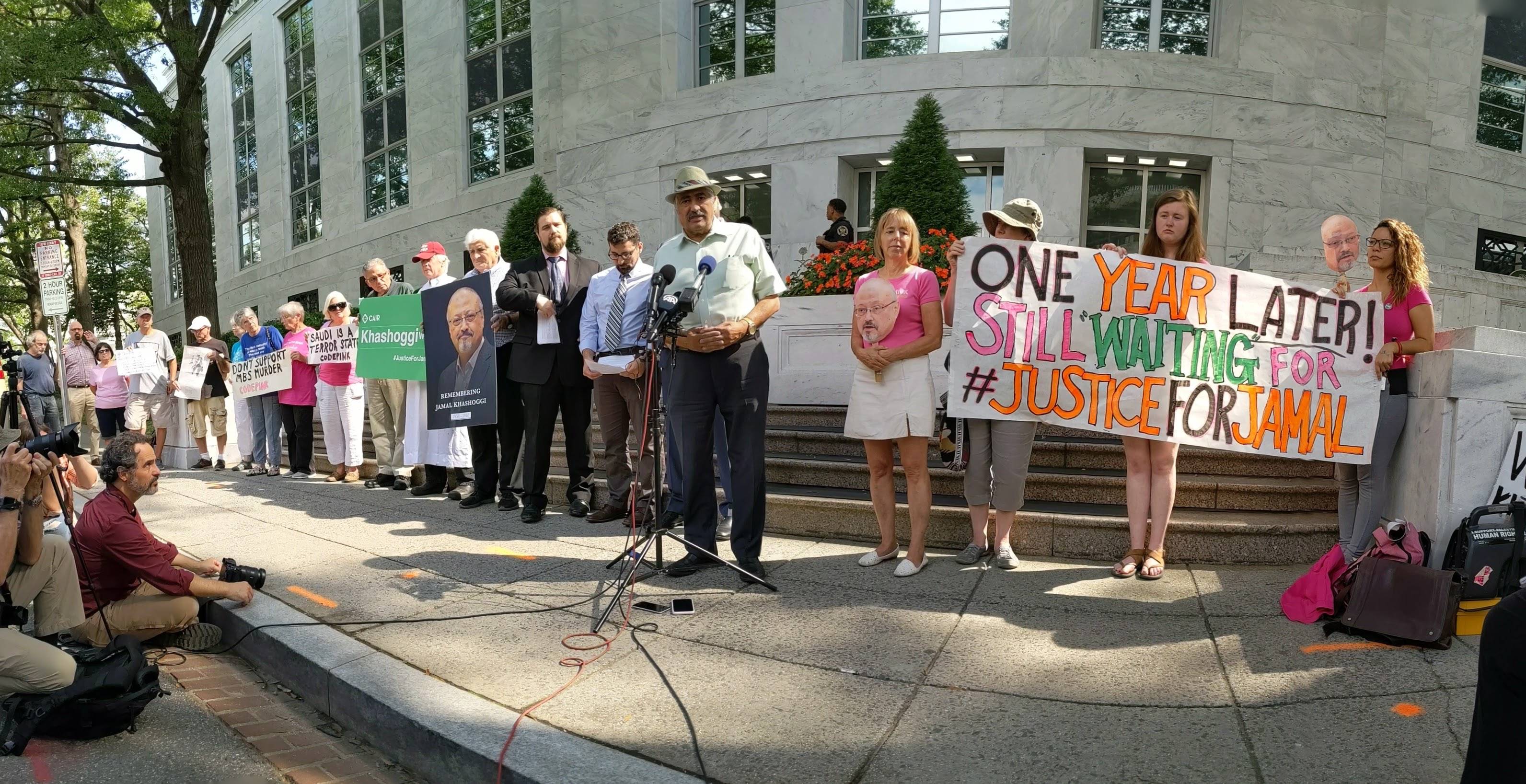 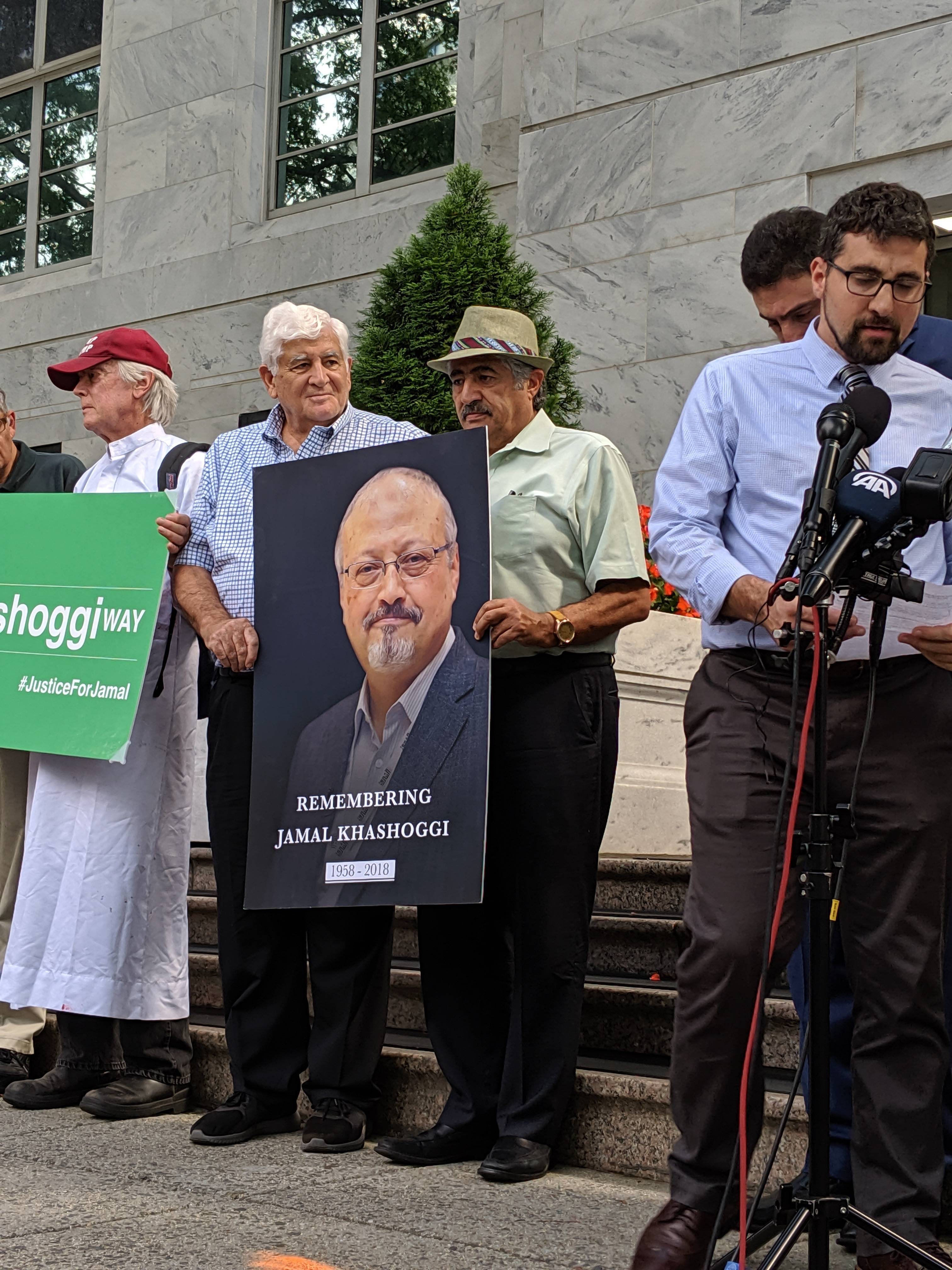 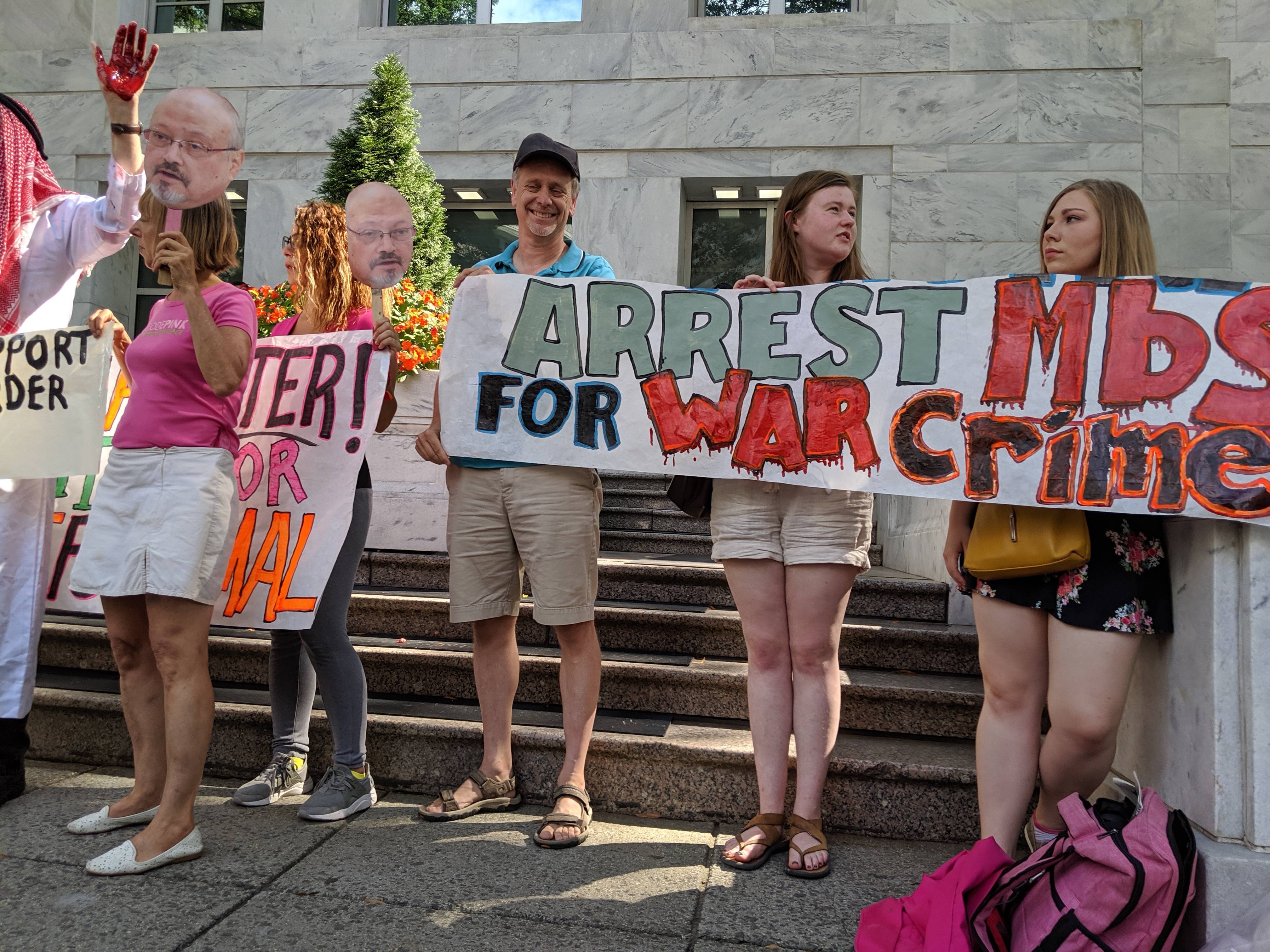 Executive Director Michael Beer stands in solidarity with supporters of Code Pink to demand accountability for the murder of Jamal Khashoggi. 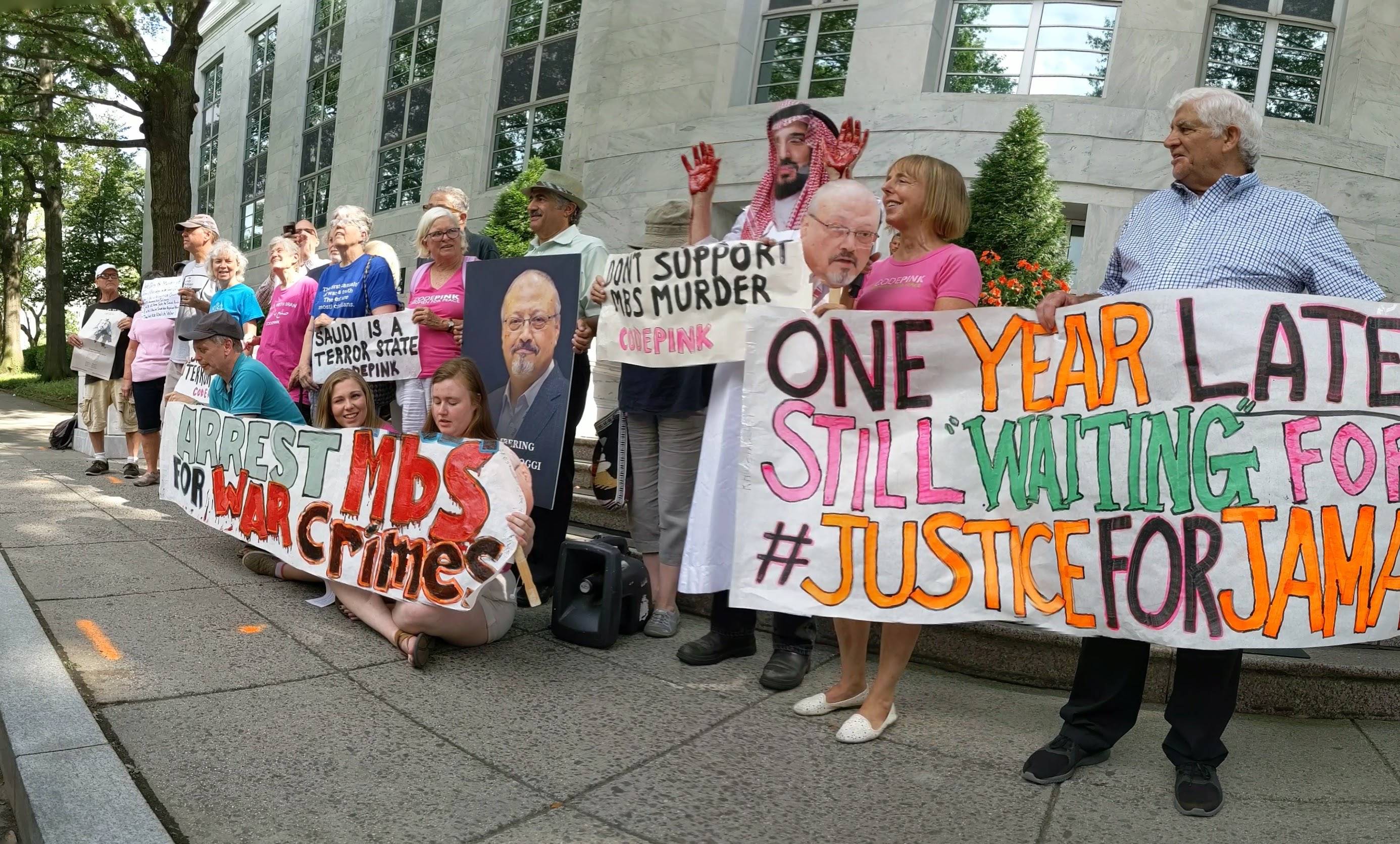 Members from all the co-sponsoring and attending organizations come together for one final photo to display their great banners, signs, and props held up during the news conference.