Nuclear Weapons - The Ultimate Expression of the Violence Epidemic in our Beautiful and Broken World.

Nuclear Weapons - The Ultimate Expression of the Violence Epidemic in our Beautiful and Broken World.

As we approached the 75th anniversary of the atomic bombings of Hiroshima and Nagasaki, our partners at the Isaiah Project asked us to post an updated version of their apology petition we hosted several years ago. We are happy to do so, but sad that the issue remains.

Nuclear weapons are the ultimate violence and their presence in our world justifies all other violence and leaves us struggling to see that another world is possible.

75 years ago this week, the United States unleashed on the world a great evil. We killed innocent children in Hiroshima who were no threat to anyone. We did it again three days later in Nagasaki. Many in the US were led to believe that it was a million of “ours” or a million of “theirs.” To justify this immoral killing of innocents the US built up a mythology that these weapons ended the war. They did not. And worse, we knew it at the time.

Historians have made clear the war was already over. Please read the important piece from Marty Sherwin and Gar Alperovitz in the LA Times where they write, “the overwhelming historical evidence from American and Japanese archives indicates that Japan would have surrendered that August, even if atomic bombs had not been used — and documents prove that President Truman and his closest advisors knew it.” The war was coming to end and the use of these weapons can not be justified as somehow saving lives. They killed as bombs do, but they did it on a new and dangerous scale. With one bomb we wiped out an entire city.

This week the world has reacted in horror at the scary impact of the explosion in Beirut, Lebanon. What a terrible tragedy it is. NVI’s longtime Director, Michael Beer, wrote “On the 75th anniversary of the bombings of Hiroshima and Nagasaki, the Beirut explosion is a reminder of the insanity and immorality of nuclear weapons which are hundreds and even a thousand times the power of the Beirut explosion. The consequences of just one explosion from a modern nuclear war-head are genocidal, for example, obliterating the 7 million residents of Lebanon. Beirut blast : 1.1 kilotons of TNT, Hiroshima : 13～18 kilotons of TNT, Nagasaki : 21 kilotons of TNT,  B83 Nuclear Warhead: 1,200 kilotons of TNT.  For the sake of the future of humanity, nuclear weapons must quickly be eliminated, or they will eliminate us. Beirut's experience is another warning. Are we listening?”

Seems to me most of us are not listening. If we don’t abolish all of these horrific weapons, they will be used again. On the day they are, we will look back wishing we had done more to prevent this world changing tragedy. I say “used” again, but in fact I should say “detonated” on a civilian population. They are used in the way that a gun to someone’s head is used. You don’t have to pull the trigger to use the gun.

We are proud to partner with bold creative nonviolent activists who are listening and calling on all of us to join them in doing all we can to eliminate this evil from our midst. We wonder today how the people of Beirut allowed the explosive force to be stored in their city. We must ask ourselves how we allow the weapons on hair trigger alert in our communities.

Our partner, the Isaiah Project supports the Kings Bay 7 who took seriously the biblical commandment to beat swords into plowshares. They acted to defend all of us. Please learn more about their important work and consider signing the petition apologizing to the people of Japan.

This petition is drafted in the language of people of deep and lasting faith. We know all our supporters believe in the transformational power of active nonviolence. And, we are aware that many are not faith based activists. Still, we ask you to consider signing this petition as a way to support those whose faith guides them to act against violence, war, and its ultimate expression -  the horror of nuclear weapons. 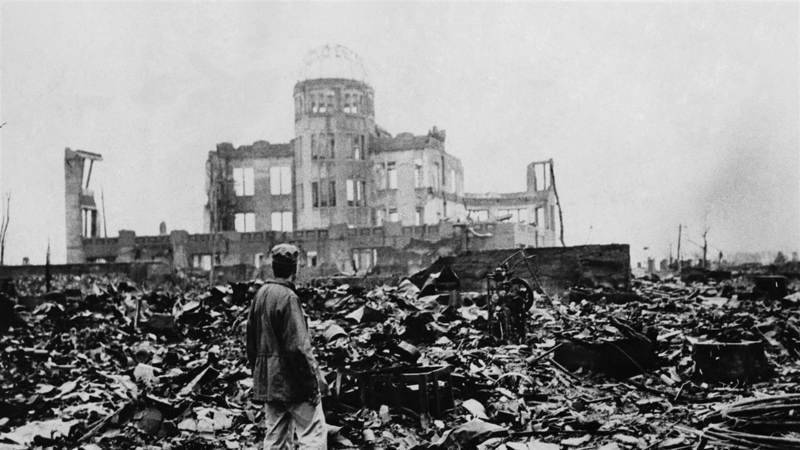