The Many Faces of Nonviolence - Rachel Corrie

The Many Faces of Nonviolence - Rachel Corrie

Rachel Corrie was born in April 1979 and grew up in Olympia, Washington, United States. She was the third child to Cindy and Craig Corrie, who have worked extensively to tell her story and bring support to both the people of Palestine and Israel. As Rachel grew up, she had a clear interest in helping others around her, and a passion for adventuring. She longed to discover all that there was to know about the world, and she presented her findings through her writing and art beginning in her youth. She had a great sense of humor (Craig would jokingly say it came from him), and her independence took her to some of the most incredible areas of the world. Rachel was, above all, a human being with a great amount of compassion, and a talent for putting her experiences into words. Her writing, art, and compassion for others are part of the reason her story resonates with all of us today.

After 9-11, Rachel became involved with different peace groups and movements at the local level. While at The Evergreen State College, she connected with students engaged with the International Solidarity Movement (ISM). ISM was founded in August 2001 and called for internationals who believed in freedom and self-determination for the Palestinian people to come and join Palestinians in nonviolent resistance against Israeli occupation. Some community members and Evergreen faculty had strong connections to Israel and Palestine, and after 9/11, Rachel was motivated to connect with them, to extensively research the issue of Palestine, and to study Arabic. This eventually led to her journey to Israel, the West Bank, and Gaza in January of 2003. 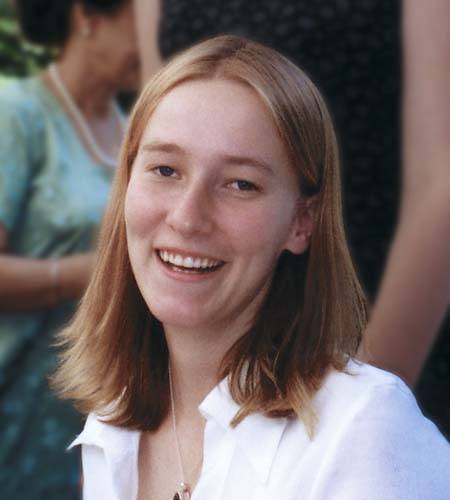 During her travels, Rachel developed a sense of life for Palestinians living under occupation in the West Bank and Gaza.  She began to empathize with their issues, ones that many in the U.S could not begin to understand. Rachel sent emails back home describing the atrocities that she experienced – all of them illustrating her compassion for the families in Gaza, and the oppression that many Palestinians experience as normalcy. In one message written to her friends and family, Rachel spoke of experiences with the children she met in Gaza; “They know that children in the United States don't usually have their parents shot and sometimes get to see the ocean. But once you have seen the ocean and lived in a silent place, where water is taken for granted and not stolen in the night by bulldozers, and spent an evening when you didn’t wonder if the walls of your home might suddenly fall inward waking you from your sleep, and met people who have never lost anyone – once you have experienced the reality of a world that isn’t surrounded by murderous towers, tanks, armed ‘settlements,’ and now a giant metal wall, I wonder if you can forgive the world for all the years of your childhood spent existing – just existing – in resistance to the constant stranglehold of the world's fourth largest military – backed by the world’s only superpower – in its attempt to erase you from your home.”

The emails that Rachel sent home were powerful depictions of the situation in Gaza, the West Bank, and Israel. She worked with children consistently during the months she spent in Gaza. She chose to be in Rafah, near the border crossing between Egypt and the Gaza Strip, because she understood this to be where the need was greatest, largely because of mass home demolitions occurring at the time. Rachel wanted to be on the receiving end of U.S foreign politics in the area to witness firsthand the impact of U.S. policy and funding on the Palestinian people. By treaty, Israel had military control of a narrow corridor between Egypt and Gaza and kept expanding to gain control of an even greater area of land. Beyond this corridor, the Israeli military was carrying out mass demolitions of Palestinian homes.  The Israeli government stated that this was necessary to control the smuggling of weapons, but 16,000 people in Rafah alone lost their homes to these demolitions, that multiple  human rights organizations deemed  “collective punishment.”

Rachel lived with different families at the time, and though many back home were concerned for her safety, she was more concerned about whether ISM was truly making a difference for people. She felt human connection was powerful and believed that by building relationships in Gaza she would be able to further determine how to be an activist for them. She worked fiercely to get the word out about everything she was seeing.  She was both an observer working with human rights organizations, and a reporter to those unfamiliar with the pressing situation. She slept on families’ floors, hoping that her presence in their homes might provide some extra protection to those who lived inside. Rachel was determined to build and maintain relationships and to return again to Gaza, despite it being a challenging commitment. She spent hours with the children of Rafah.  One was an 11-year-old boy who later reported that he had told his friends not to play with Rachel because she was an American.  But after seeing how she was with people, how she stressed human connection, and watching her play “football” (soccer) with his friends, he changed his mind. Rachel worked not only to gain the trust of those who lived in Gaza, but to build off that trust to nurture others’ feelings and to strengthen friendships. She viewed everyone as human beings, as equals deserving of basic dignity and respect.

Rachel was killed on March 16, 2003, during an Israeli military clearing operation in Rafah during which Palestinian structures and homes were threatened.  The United States government immediately called for a “thorough, credible, and transparent” Israeli investigation, but high officials in both the Bush and Obama administrations have stated that investigation by Israel in Rachel’s case has never met that standard.  As a result, Rachel’s parents took legal action against the State of Israel and the Israeli Ministry of Defense.  Testimony from an original Israeli military “operational” investigation could not be used in an Israeli Military Police investigation that followed, nor in the civil lawsuit brought by the Corrie family.  Rachel’s killing was deemed an accident by the courts, and she was even blamed for her own death.  The lack of a transparent and credible Israeli investigation and strong evidence to suggest that the bulldozing was not an accident, made the ruling highly questionable.  Nevertheless, the court proceedings with testimony from numerous military witnesses succeeded in exposing the destructive culture of the Israeli military as it performed in Gaza, as reflected by a Colonel who testified under oath that “there are no civilians in war.”

Rachel’s death was not simply a legal issue nor a question about lack of proper investigation. Rachel was a daughter, sister, and a best friend to many – and not only to those in the U.S. Until the day she died, she was a young woman developing into an incredibly talented writer and artist, who had a love for people that could not be matched. She recognized her flaws and built off them. She was constantly learning, not just for herself, but to better understand and support those who surrounded her. Human relationships meant everything to her.  It never mattered their origin, age, or differences. Rachel was deeply ingrained with principles of nonviolence but was careful not to dictate to people who are oppressed what their own resistance should be. She instead learned from them and learned what she could do for them - whether it was sleep on the floors of homes to offer some protection, or be the best soccer player she could be with the children. Rachel believed that through nonviolent movements, the oppressed, and those in solidarity with them, seize more power than they do through violent response. She was critical of herself, but this didn’t present as weakness.  Her greatest strength was her ability to evaluate her actions and to be strategic about what she could do.

Above all else, Rachel was a human being who deserved more time here. Her philosophy, her writing, and what she took with her will forever change the way many approach types of action and the response to injustice. Rachel’s story will be told for years to come.