The Many Faces of Nonviolence- Dr. Abuelaish

A Doctor’s Remedy for Peace: Follow the Path of Nonviolence

Most people never fully experience life and death during their existence even though we all live, and eventually die. Dr. Izzeldin Abuelaish has certainly encountered his fair share of both states of being. An internationally renowned doctor in obstetrics and gynecology, Dr. Abuelaish works to help conceive and deliver life on a daily basis. As an infertility expert, his work, research, speaking appearances, conferences, and counseling regarding the conception of life are all part of his effort to provide humanity the greatest gift we receive. “Using my skills to save a life or help a patient in distress or bring a newborn into the world was what I became most excited about,” he recalls of his preliminary studies at the University of Cairo in his memoir, I Shall Not Hate. But he has also grappled with death on a personal level that few of us have ever experienced.

Born and raised in Jabalia Camp, located within the Gaza Strip of the occupied-Palestinian territories (oPt), Dr. Abuelaish witnessed the death and destruction caused by the Israeli occupation throughout most of his life. From the Six-Day War of 1967 at age twelve through the Gaza War of 2008-2009 at age fifty-three, Dr. Abuelaish saw how a path to peace based on mistrust, hostility, revenge, and political maneuvering produces cycle after cycle of violence instead of lasting results.  “It seems humanity has still not learned their lesson,” he told me in our recent conversation. “Even though we are in the twenty-first century, we continue to try to solve our conflicts with wars and violence instead of working to find out their root causes.” This path of darkness taken up by both sides replaces nonviolence with coercion; coercion which directly impacts and destroys the lives of ordinary civilians.

On January 16, 2009, the violence finally touched Dr. Abuelaish and his family more tangibly than they could ever imagine.  Two days before the parties signed a truce ending the Gaza War of 2008-2009, an Israeli tank fired multiple rockets at his house.  Three of his daughters, Bessan (twenty-one), Mayar (fifteen), and Aya (thirteen) died instantly, as did his niece Noor (seventeen). The shelling also left his daughter, Shatha, his niece, Ghaida, and his brother, Nasser, critically injured. Innocent lives lost. A father in despair. A family overcome with grief. But just like the title of his memoir indicates, he refuses to hate.

After enduring such heartbreak, how does one prevent hate from seeping into their heart and filling them with a desire for revenge and violence? The answer lies in the emotion's corrosive abilities. Just like a cancer, it spreads throughout the body and ingrains itself deeply within, blinding those afflicted from being able to positively engage in conflict resolution. Dr. Abuelaish described the emotion of hatred to me in our recent conversation as, “a destructive, contagious, disease. It is most harmful to the one impacted by it as it is like a poison that weighs us down and prevents us from moving the dialogue forward.” Hate confines people to approach the reconciliation process from the path of darkness where ignorance, arrogance, and greed dictate the terms of negotiations. But there is a more humanistic path to achieving peace, a nonviolent path, a better path--the path of light.

Dr. Abuelaish embraced the path of light long ago which seeks to counter hate and violence by building upon commonalities that we share across humanity. From his endless hours in the maternity ward and intimate work with human life, he notices our commonalities as early as birth. “No one can discriminate or differentiate between the cry of a newborn baby. American, Palestinian, Israeli, male, or female, their cries cannot be distinguished from one another. But even more importantly, humanity has the same reaction to a newborn’s cry. Once we hear the cry of a newborn baby, we all smile because it is the cry of new life.” But even before beginning his medical career, Dr. Abuelaish learned very early on from his own life experiences how similar we all are across our different societies, including Israelis and Palestinians. At fifteen years old, he spent the summer in Israeli working on a Jewish family farm. In his memoir, he talks about the powerful impression the family left on him by not only how kindly they treated him, but also how similar they were to his own family. While working to resolve conflicts, the path of light helps illuminate all of our shared similarities that get obscured when we fixate on our differences.  When we are able to see the experiences, emotions, and values that so many of us have in common; we are able to come together to make lasting change that will better all of our societies. Dr. Abuelaish chose to construct his path of light and nonviolence on the strengthening of the solidarity that societies exhibit within the fields of healthcare, education, and the role women maintain. By building upon the shared values of these societal spheres, we will all be able to follow this path of pacifism to achieve a deeper understanding of one another’s situations, making peaceful resolutions much more obtainable in the future. 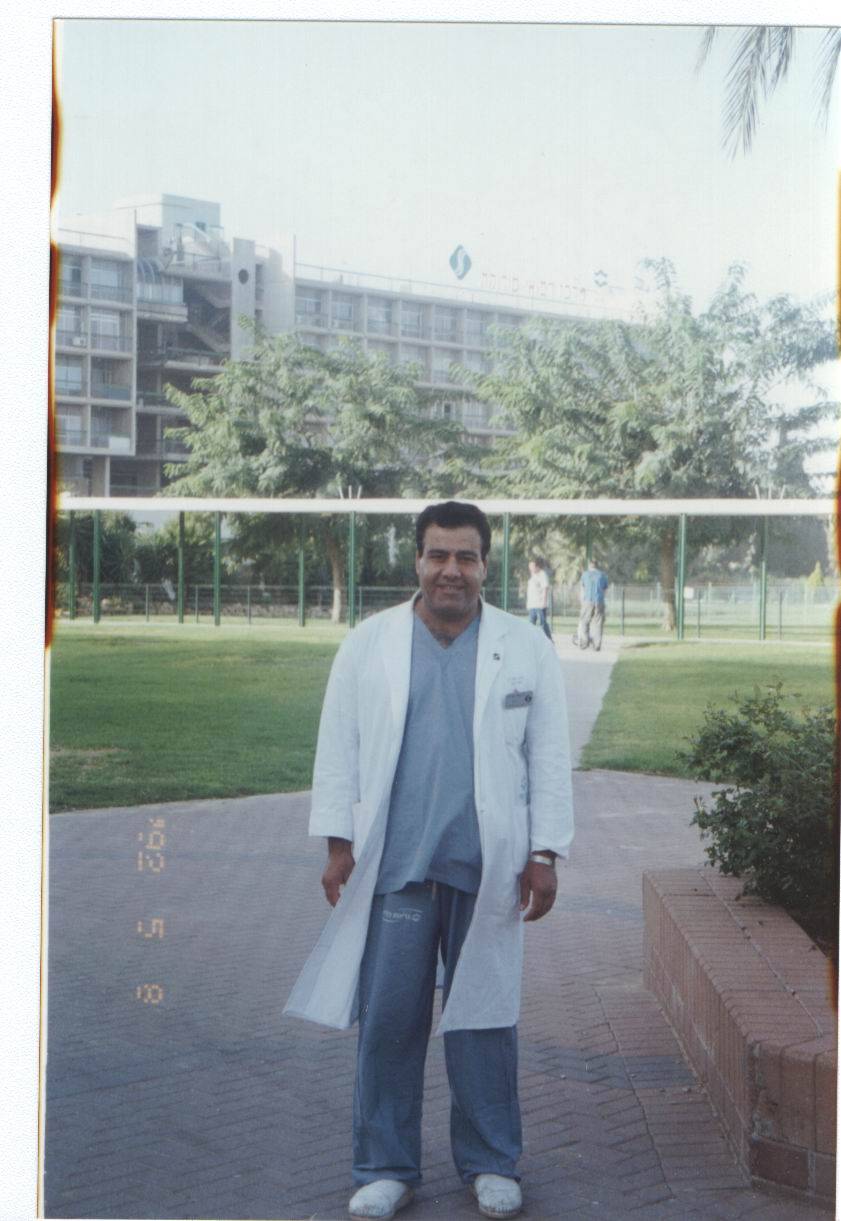 As a practitioner of medicine his whole professional career, Dr. Abuelaish sees how humanity’s shared worldview regarding the importance of healthcare can serve as a great starting point to begin constructive dialogue. Dr. Abuelaish rightfully pointed out to me that health is one of the few indiscriminatory “human equalizers” among our distinct societies. “When you go to any hospital and treat any patient there, all of them are treated equally. Treatment is not based on ethnicity, religion, skin color, gender, or name; it is based on the patient’s need and the physician’s diagnosis.” Just as doctors treat all their patients equally and humanely, we all need to learn to apply the same approach to our day-to-day interactions with each other. One of the most important aspects of good health is learning to coexist with one another in stable, peaceful, nonviolent environments. Dr. Abuelaish goes on to note, “Health is peace and peace is health. My health and my peace are linked to your health and your peace. I am not in an environment of good health and peace as long as you are not and vice versa.” More often than not though, the politics we implement on the ground, instead of the healthcare we provide, dictate and create the environments of our societies. These politics so frequently neglect the humanistic aspects of our cultures. We must learn to act based on the needs of the people, not the needs of our governments, as our fundamental needs cross borders and created shared experiences through which we can establish dialogue. “If I come to someone who is in labor and ask what is health, she would tell me a successful delivery; if I come to someone who is thirsty and ask what is health, they would tell me a drink of water; if I come to someone who is oppressed and ask what is health, they would tell me freedom.” Just like how we provide healthcare by listening to the needs of the people we strive to help; we must learn to reconcile our differences through the same measures.  Once we actually listen to and acknowledge the realities of our concerns through dialogue, will we then be able to follow the path of light in our efforts to achieve peace through humanity.

Education is just as important of a tool in Dr. Abuelaish’s humanistic approach to peace as it helps eradicate the hatred and discrimination that lead us down the path of darkness. “Education enlightens the people, it gives wisdom to the people, it allows us to see things outside of the box.” He then went on to wisely point out what happened regarding the public education campaign to quit smoking. “When people began to learn that smoking was harmful, what did they do, nothing? But once they began to educate themselves as public awareness of the dangers increased, they began to stop.” The same concept can be applied to hatred as we need to understand the dangers of the emotion.  It is our responsibility, as Dr. Abuelaish practices himself so often, to increase the awareness of how hatred and violence spread and to educate ourselves on their root causes.  But one of the most important aspects of education is that it not only brings people together, it allows us to learn from a diversity of perspectives. “Education is the passport that enables us to travel and cross this small world, it brings people together.” When we learn together, we share knowledge and experiences that help us reconcile our differences in a proactive, nonviolent way. 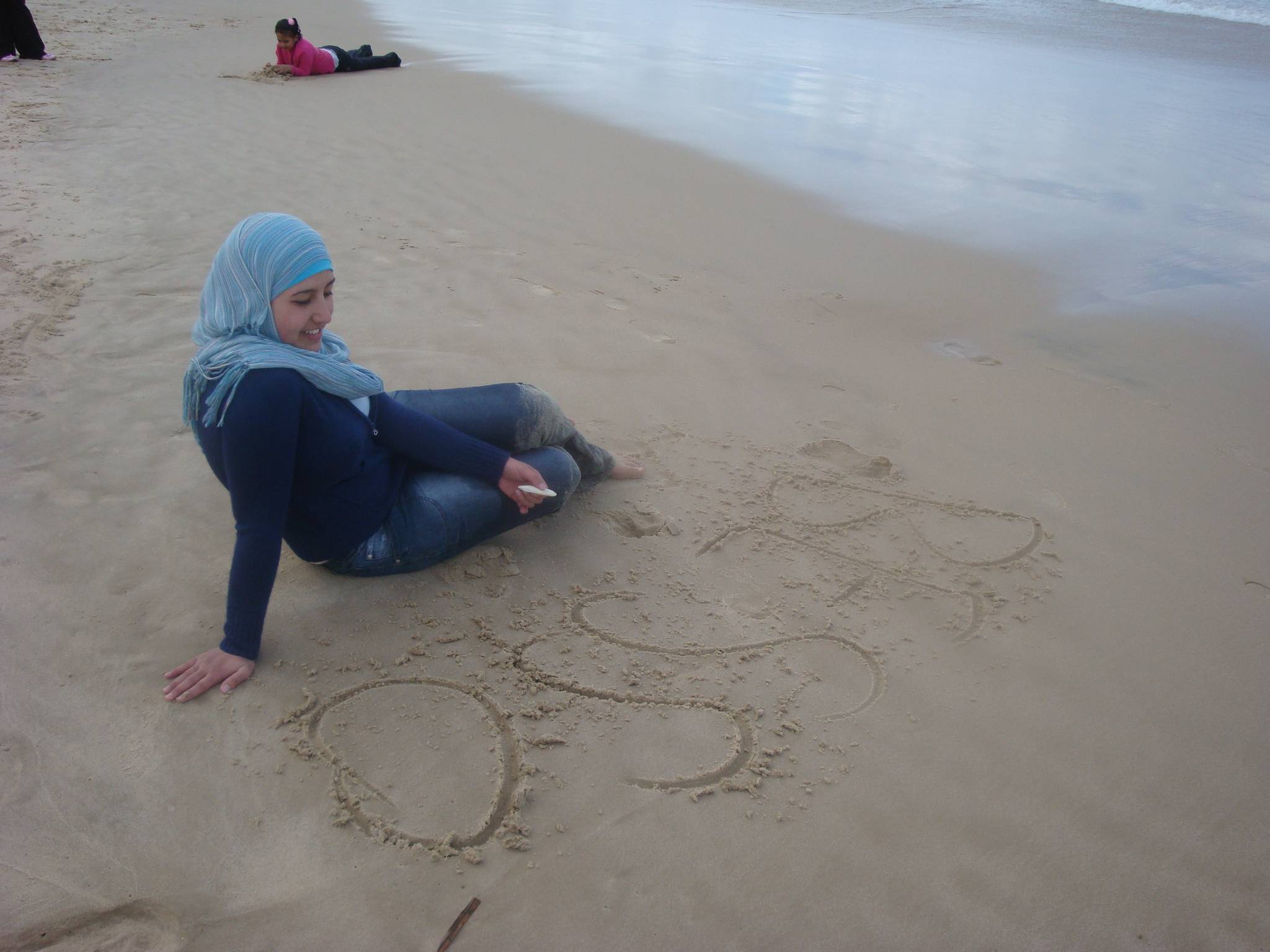 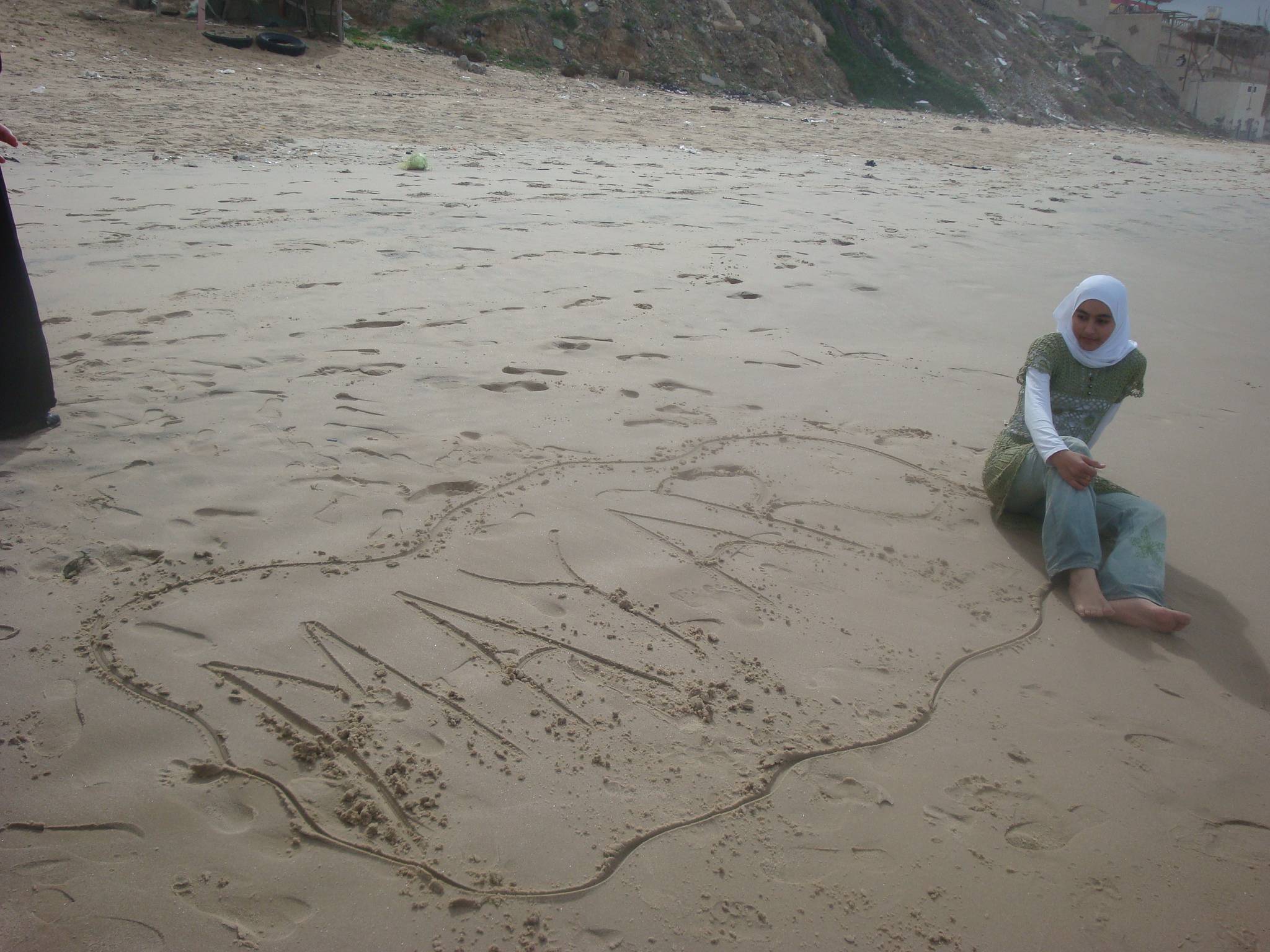 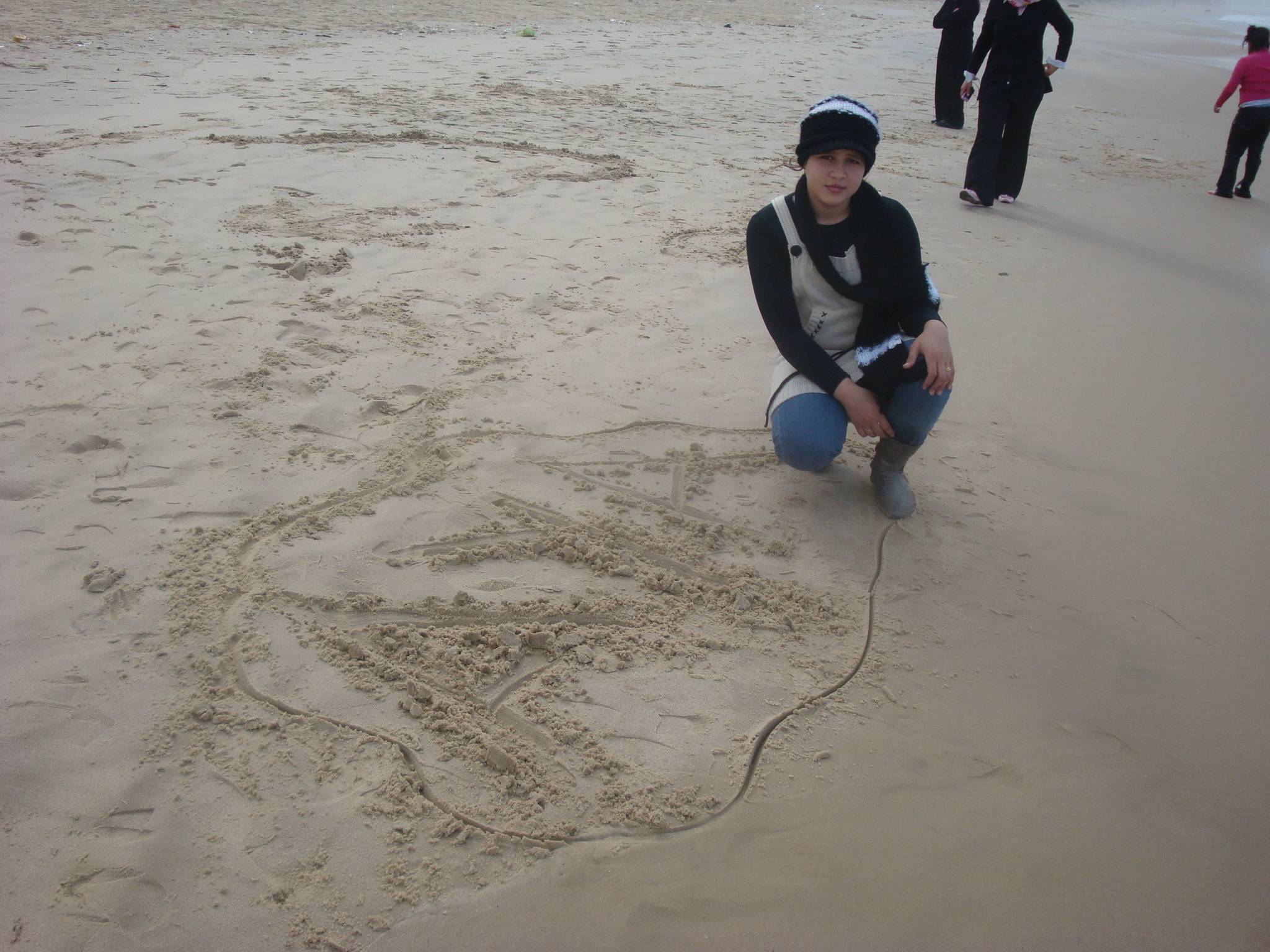 But to fully embrace a humanistic approach to peace, our governments and societies need to operate at their full capacities. By this notion, Dr. Abuelaish means we must involve women to participate in the resolution of conflicts to a much greater degree as their perspective provides invaluable input which is so often missing from the discussion. “Women symbolize the humanity, the passion, the love, and life itself; yet more often than not, they are not the ones involved in the decision-making, they are not the ones who wage the war…They do not wage war yet they bear most of the consequences from it.” When we fixate on statistics and numbers from violent conflicts, we so often overlook the wife left without a husband, the mother left without a son, sisters left without brothers. Females are so often the guardians of the house, where they defend what is theirs just as staunchly as men do in wars, but by projecting the values of love and compassion.  It is exactly this approach that is so often lacking in the decision making of executive offices, congresses, parliaments, and military headquarters. Dr. Abuelaish sees a quick fix to this problem. “the more we see women sitting at the table, being part of the decision-making, the world will be a better place.”  As the keepers of the family unit, females are so much more in touch with humanity than men and can use their perspective and experiences to overpower the hate and vitriol that so often cloud male-led reconciliation. Women are emblematic of following the path of light and serve as an example of how we should embrace nonviolence and humanity when we attempt to foster peace.

Dr. Abuelaish has delivered so many lives into this world, endured death so close to his heart, and yet he never deviates from the path of light. The hope that radiated from his tone when we spoke shows his unique ability to find the positive in bad situations. “We always have to see the positive, and during the bad we must maximize the positive and give hope.” Even in the tragic deaths of his daughters and niece, he managed to find the light and salvage life through the establishment of his ensuing foundation, Daughters for Life. The foundation provides scholarships and awards to young girls from the Middle East who seek to empower themselves and improve their lives through education. Dr. Abuelaish keeps the positivity of his daughters alive through his foundation, just like his tireless work in the maternity ward keeps alive the many babies he delivers or his embodiment of nonviolence and dialogue keeps alive the aspirations for peace in the Israel-Palestine conflict. By following the path of Dr. Abuelaish, we shed light on the path of darkness and make the road to peace much more visible and achievable. 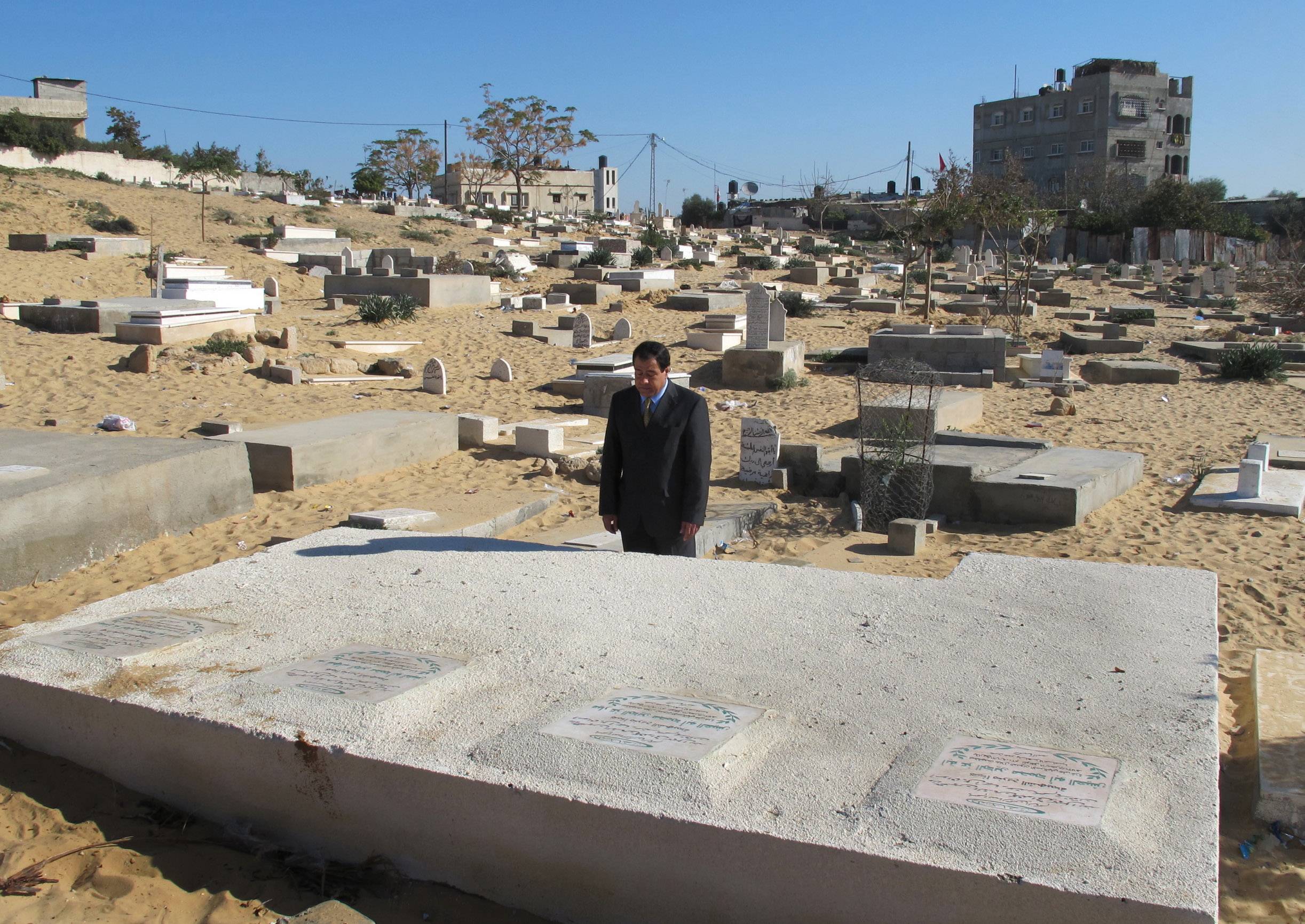